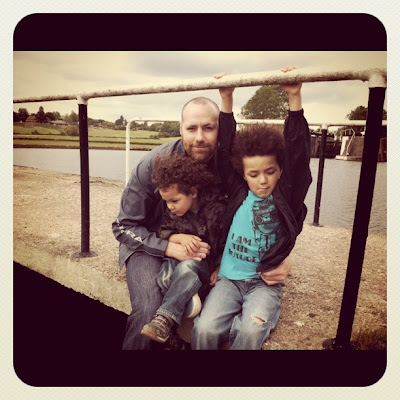 Many years ago I wrote the lyrics 'Time spent so wisely, kicking dust in the air, making noise, sweet to taste'. The words at the time were describing the deep and pleasurable abandon of my childhood, those cherished and sensory memories of play. Today as I was reflecting on my week, literally out of nowhere those lyrics popped into my head once more. I've been finding myself singing them over and over and it has come as a suprise and a significant one at that. I don't normally sing when people are around, strange one might think for a part time (back in the day) singer but I don't. I do often soothe the children with their favourites but otherwise it has been a long time since I stretched my lungs and this week I have managed it and it felt good.
This week I carved some alone time with a permission slip in hand to re-discover time and lost loves. Yesterday, conscious of the fact that today is a teacher training day and therefore no school or nursery for the boys followed by the half term holidays, I allowed myself an indulgent day. From approximately 9.30am until 3.05pm I pottered, no washing, no dishes, no phone calls, no obligations. I played some music and sang, really sang and I'd forgotten how much I love to do it. Hubby has always said that I sing when I am either very happy or very unsettled, he says the same about when I write. I guess what I have come to realize is that I am a person that likes process, I learnt that about myself whilst studying on a modular degree course. When I made paper by hand on that degree course, the outcome was never the focus but the thinking time in the airy light filled studio was because I would always leave having resolved ideas and problems about other work/life. Over the years, when I have written harsh and bitter words in my diaries when I have been saddened or angered, disappointed, that there has been a place where I have been able to allow the words and feelings of the moment to spill from me freely has allowed me to take in new breath. Whether those words are ever revisited is irrelevant, that my emotions have been through a sort machine, well sometimes I picture a conveyor belt, that is for me what is key. So, to my suprise song is another process, singing to myself with no one around felt like what I used to do. Suddenly, there were flashing memories of working through this process with the end product not being a song but pure joy, feel good stuff, secret solitary behaviour.
Time and silence does that, it brings out those 'loves' that have been hidden away, not buried but unseen. The silence was truly golden. Except it wasn't silence because I heard my voice again for the first time in some time. I don't know if I liked what I heard because I'm still too giddy from the knowledge that I had enough time to make a noise and that's what this week's end product is all about.
Additionally, I found time to play around some more on Pinterest (another process!) and finally started playing with Instagram this evening too, end product featured here. Plus lots of episodes of Sex & the City without the watchful and disapproving eye of hubby and plenty of quality time with my boys. Amidst the concern of Zach's eye injury, (he gashed it at bedtime on monday night as his hand gave way getting out of the bath making him slip and bang his head against the sink) there is a wonderful memory of our return journey from the children's hospital, of me being sat between the boys in the back of the car with that chilly early days of winter feeling, rain crashing down on the windscreen with hubby leaning forward whilst driving due to low visibility, as the boys beamed with excitement at the first of the christmas lights in the city centre and at being out way beyond their bedtime, their small warm hands in mine .... a moment! Popcorn .... another moment! A really memorable week. 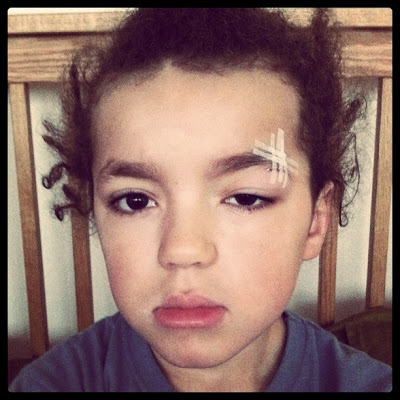 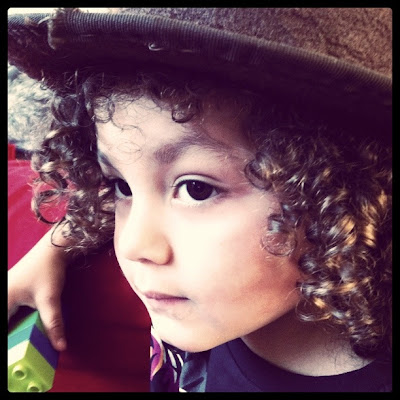 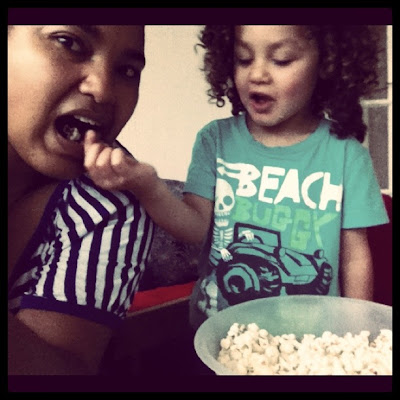 Posted by Katy Acquaye-Tonge at 13:34