Water, food and light and they just keep on growing ... 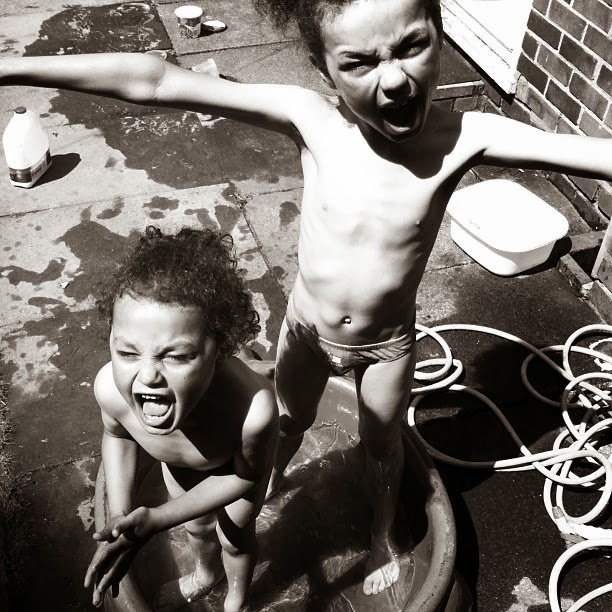 I've read so many articles recently talking about 'being in the present', about making sure to capture beautiful moments in real time using your own eyes,  instead of seeing it through a lens or phone camera or whatever modern gadget you have to capture images and footage. During the summer this became easy by default because often my hands were full holding onto wellies and water bottles, sun screen and raincoats, skateboards and scooters, rucksacks and portable picnics. Voices were shouting 'watch mum, watch mum' and I often didn't dare to miss their triumphs by reaching for my phone in the deepest pocket of my bag slung across me.

Looking back now through the photos that I took with my phone of the boys over the summer, I'm struck by two things: one, that I took far less photos of the boys than I normally would and two, that these creatures of mine have grown so so much. Those chubby little baby faces and hesitant smiles are all but gone, as are those quiet afternoons that led to naps or at the very least watching a film snuggled together with a blanket over our knees. I still do attempt those quiet times, especially when all the walking through woods is done and wellies have been retrieved from muddy bogs and hot chocolates from a flask are a distant memory and we return home and I picture all four of us with the blanket, buried in for the remainder of the day.

Of course, this is not quite how the story goes. There is popcorn to be made and distributed equally, equally I said and I cannot emphasise this enough - equally. There are hand knitted blankets to be grabbed from the airing cupboard because we all struggle to share one these days because these creatures take up so much more space and I don't like a bare ankle if I am watching a film with a blanket. There are disputes about who owns which blanket although these are easily resolved since that youngest boy of mine has a gift of making holes in blankets(and many, many other things)and he always manages to find that thread, you know the one, the one that you shouldn't pull, well once he finds that one he pulls it - hard! Then of course, comes the choice of film. It's not very often that I will sit down to watch an entire film with them, normally I wander off to cook a meal or to carry out my domestic chores, so when we do sit down together I often like to introduce them to a new film, normally one from my childhood. This summer I introduced them to 'Grease' and apart from a cringey moment with Rizzo and Kenickie in the back seat of a car that I felt sure the eldest was going to comment on(although no comments so far), we all happily sang our way through that film, time and time again. Another of our big hits this summer was the Human Planet boxset. In an ideal world we would be travelling and visiting other countries regularly and gaining incite into other cultures through journeys away from home but hey when that's not possible then human planet is the next best thing. I got away with many fuss free, post hair wash untanglings and combings of hair with this boxset because they were so mesmerised! As much as I love the pink panther and looney tunes and tom&jerry et al, I do love a documentary and feel so pleased that we introduced these into their viewing early on.

This summer memories were made of unquiet times eating popcorn and watching films and documentaries. This summer I found myself often squeezing between two not so little people on that steadily getting smaller sofa of ours until one would abscond and curl up with dad sat in his chair. This summer that youngest boy of mine had his first sleepover at Grandma's without big brother and when he returned home he could speak of nothing but warm and cosy adventures with Grandma. This summer I watched two boys sat cross legged in a back garden determined to witness milk turning into cheese! This summer was all about being outdoors all day long and then grabbing scooters and skateboards after dinner and heading out once more for late night jaunts, just for kicks as they say. This summer there were plenty of the usual water fights in pants, except that being such an extraordinary hot summer these water fights were more plentiful that ever before and we liked it that way. This summer I knew that I wanted a picture of just him and me and those crazy beautiful mixed batch of teeth that I love so much. This summer I noticed really for the first time that my mama's hands are slowly becoming my Grandma Peppermint's 'worker' hands and you know there's something magical about knowing these hands wrap around my children just the way they used to wrap around me. This summer a boy had his face painted and quickly became the prettiest 'bat' I ever have seen! This summer all three of those boys of mine pulled grass seed off heads and threw golden sprinkles in the air time and time again and this brought smiles to their faces each and every one of those times. I hope that every summer is as carefree and simple and covered in golden sprinkles as the one we just waved goodbye to. 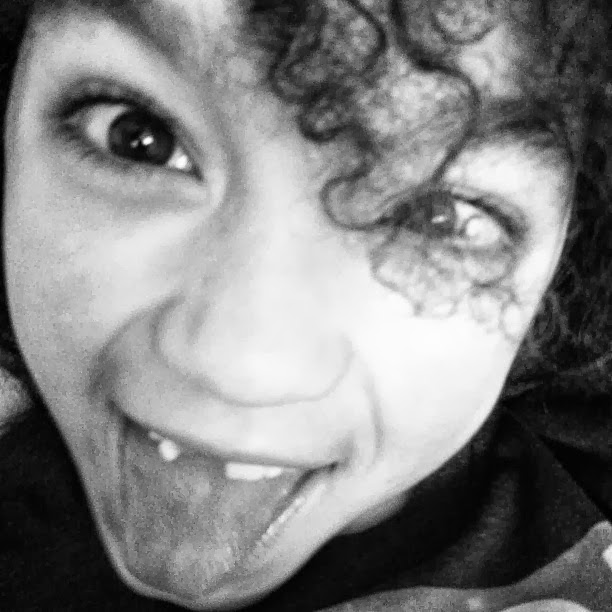 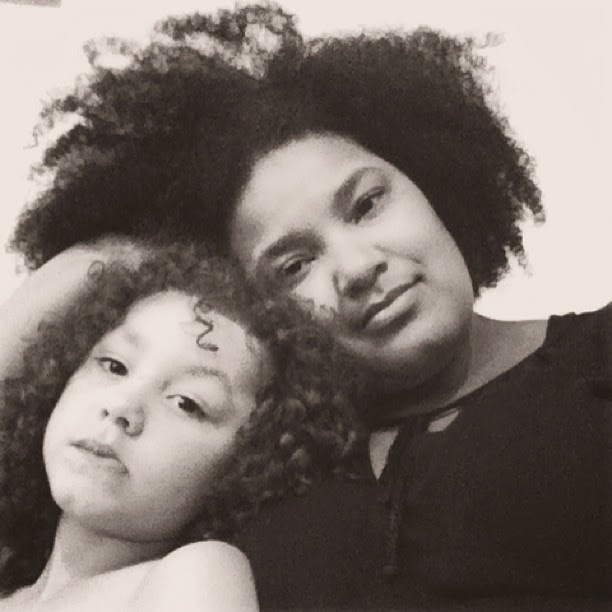 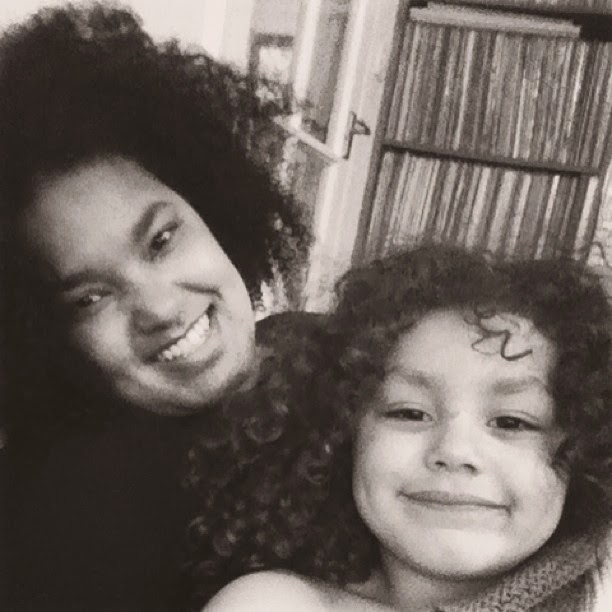 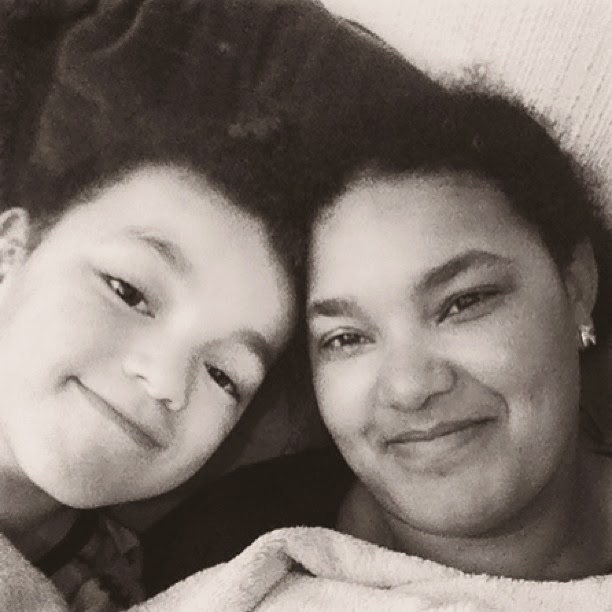 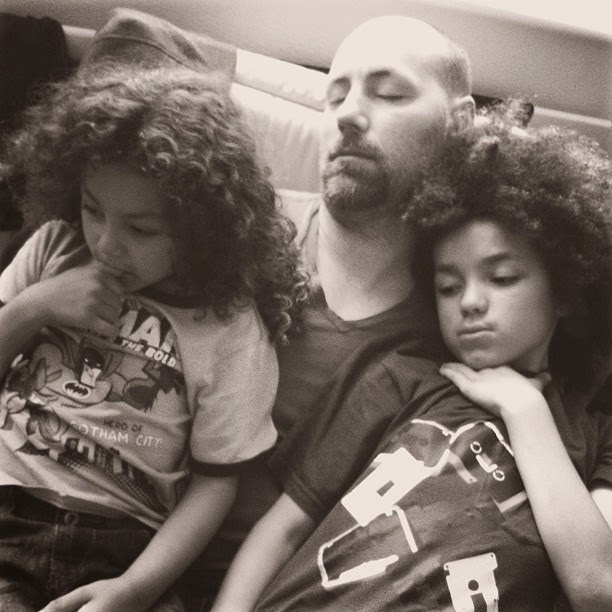 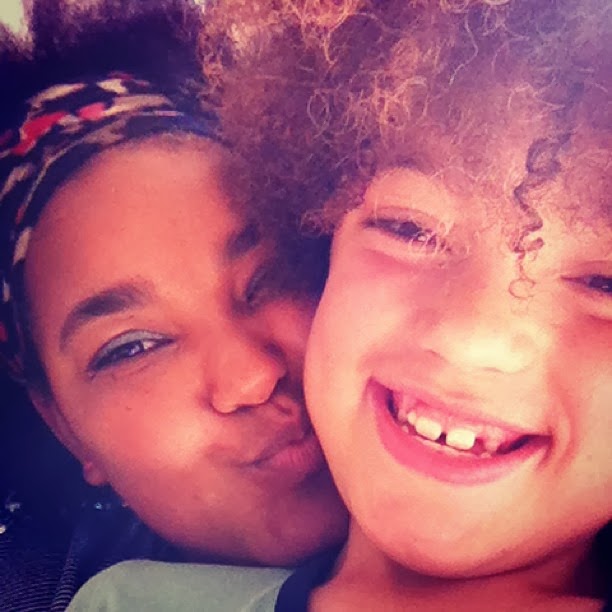 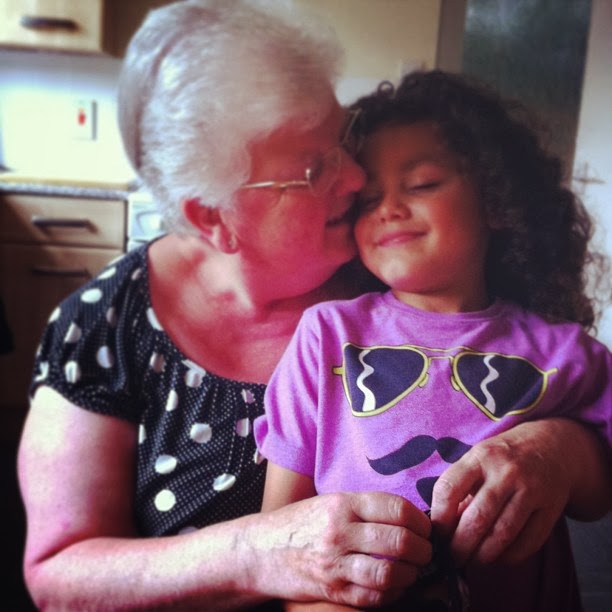 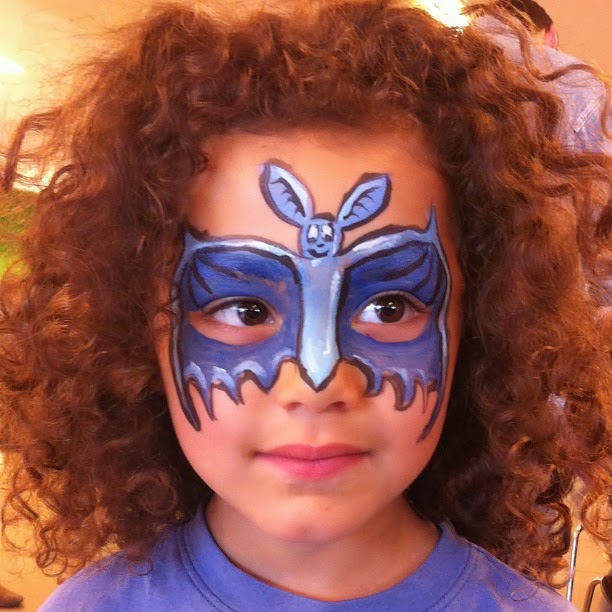 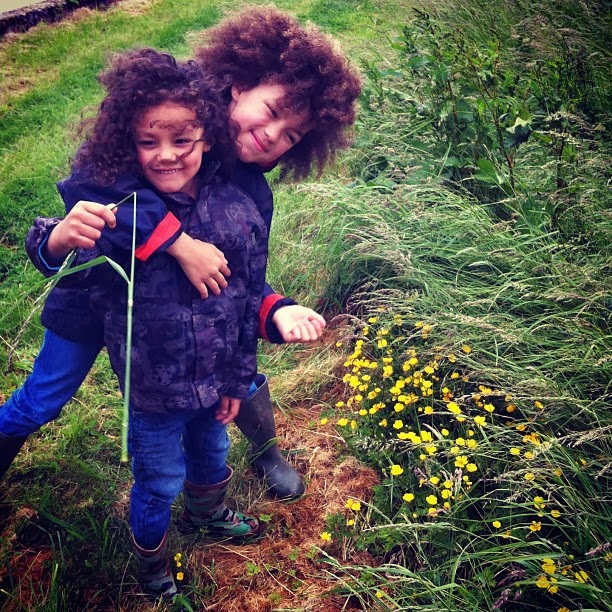 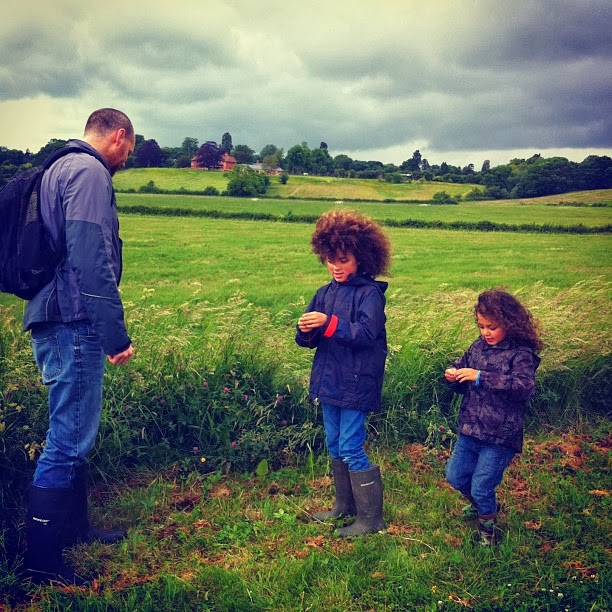 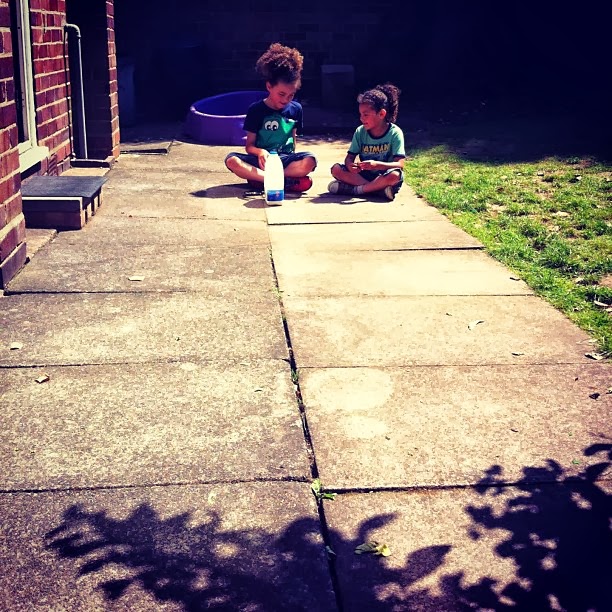 Posted by Katy Acquaye-Tonge at 13:49

Email ThisBlogThis!Share to TwitterShare to FacebookShare to Pinterest
Labels: growing up, looking back, my kids, re-cap, summer holidays