When I was a girl, I had a favourite t-shirt.

When I was a girl, I had a favourite t-shirt. It had a lion on the front, a lion standing, surrounded by tall green grass. The kind of grass that I imagined you would see in an Africa that I was unfamiliar with, the kind of Africa like my mum read about in paperback books with titles like 'Out of Africa'. I  think I can remember the day that I was given that t-shirt, it was the day that my father arrived back in Accra from a trip to England. He had been working short term in England as a locum and had arrived with a suitcase full to bursting point, filled with goodies for all of this. This was rare and this was a treat. When it reached my turn, I remember my father sitting me on his lap and reaching for a pile of new clothes that he had purchased for me. On the top of that pile was this t-shirt with the 'Out of Africa' scene that I so often dreamed of. The lion was padded which gave it a three dimensional feel, this became less padded and less three dimensional with time and much wear and after many, many washes. I also remember how sad I was the day that I spilled coconut water on my favourite t-shirt and even though I told my mother immediately and she rinsed it as quickly as she could, small brown freckles can still be seen on the t-shirt till this day.

When I left Africa at ten years old, I had to leave many things behind but my most precious belongings I was asked to gather into a small bag that accompanied me as hand luggage on the plane. This t-shirt was one of those precious belongings. Some time last year, my mother found this t-shirt amongst the other few precious keepsakes that each of my siblings and I and my mother returned to the uk with. She wondered if I might like to take it away with me, knowing how nostalgic and sentimental I am over family heirlooms and family heritage. But I didn't, I didn't want to separate it from the other precious items, they somehow seem necessarily bound to one another, for now at least. My hubby took this picture just moments after my mother unexpectedly and casually said 'Oh Kate, I've got something to show you!'. As soon as I saw it, I could immediately feel my throat tightening and my eyes beginning to sting and I glanced over at my own little ones and realised that my favourite t-shirt was the size that would fit their kind. In a flash, I can see myself crouched down playing in the dust, looking up at the sun till my eyes blur and I look and look till I have to turn away from the sun. I pretend to be that lion waiting in the tall green grass. I can feel the heat on me and I can even smell the heat, you know how heat smells when it burns down on the dust? I am the lion. I am that lion in the Africa of  'Out of Africa' watching and waiting. Watching and waiting. Watching and waiting. 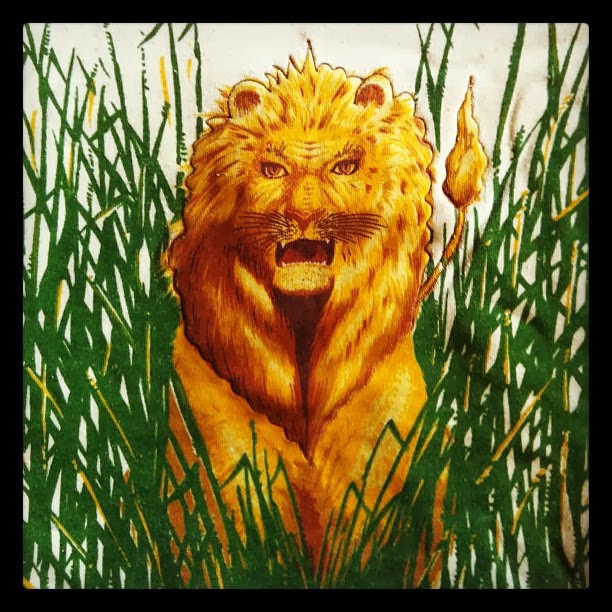 Posted by Katy Acquaye-Tonge at 06:54