Sometimes they are my shield 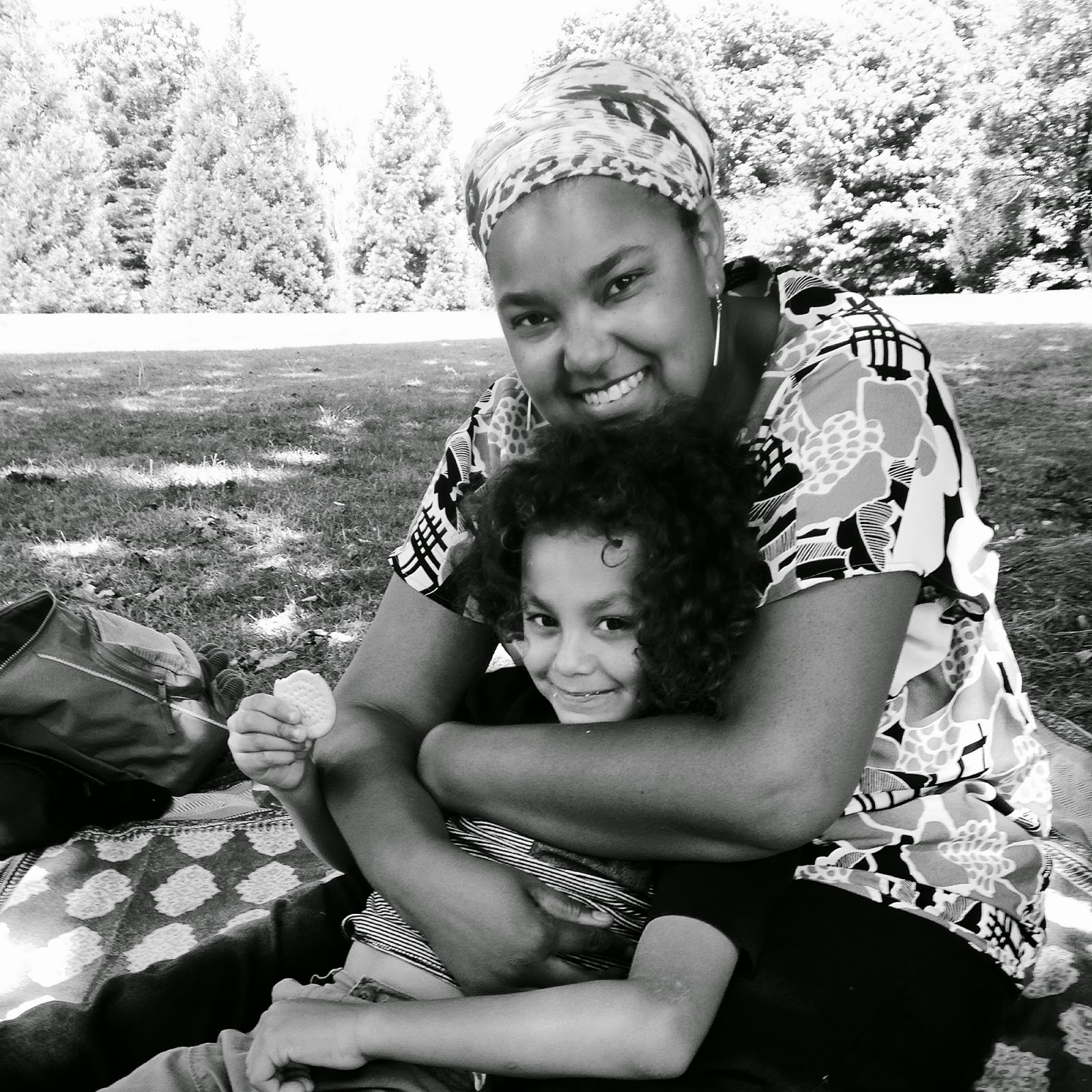 Sometimes, when I think no one's looking, I retreat. I take myself and safely tuck behind my shield. Sometimes it happens without me really thinking about it, at others times I dance alongside it as if delivering a role I have learned to play. This particular shield that I am speaking of today is my children. Sometimes, they are my shield, my armour, my buffer.

Lately I have been dipping my foot into the water of the grown up, adult orientated world. I have been gathering 'current' experience so that I can transition into the work environment after 9 years of not working full time. I emphasise the word 'current' because a recruitment consultant I was speaking with, phoned me back twice because she thought it must be an error on my CV when she read that the last freelance work I had was four years ago. I felt so annoyed with myself when after explaining that I have been a full time, stay at home mum (a term by the way that has snuck into my vocabulary that I haven't even decided if I like!) during this time, it was met with a confused silence and I continued to try and explain myself! ' So ... no work at all?' she repeated. I could feel my tail falling to the floor and between my legs as I began my defensive monologue justifying this decision. For some I'm sure they would simply brush off comments such as these, I thought I would be one of those people and yet I have come back to that conversation a number of times. At first I couldn't quite put my finger on why, I'm not sure that I know now but I think it's that I felt marginalised, pigeon holed, almost silly for making such a choice. Perhaps if the same thing had happened a year or two ago I would not even have noticed because I had clarity both about my position at 'work' and my role and responsibilities. But now, at this crossroads I feel more vulnerable and reflective and I find that my emotions swing quite wildly between clear and balanced and unclear and shaky. It is only now as I ease out of this that I can begin to talk about it, it felt too raw before.

I haven't made any contribution to All About You during this time because the last thing I wanted to do was write all about me. Also, I think finding myself in new situations I was having to talk a lot about me and I was finding  an old me, a changed me and at times a confused me and other times a surprisingly confident and clear me. Sometimes those variables in themselves can feel very confusing, very challenging. Do you ever feel like you're not sure who 'you' are? I really identified with Mama-and More! in her post 'What to do? What to do?' where she talks about reaching a point of re-evaluating her career, and therefore her life and her lifestyle. She described this phase perfectly with these words:

'it can make you feel a bit aimless - like a
child with no boundaries, in free-fall, while at the same time caught in a net, unable to decide which way to turn or how to get from A to B'

I must say it feels good to be open about these feelings, not that I was keeping it secret but not writing about my feelings is never a good thing, especially not for those close to me! When thinking aloud and thrashing things out or scribbling it down, I often focus on the negative and dismiss all of the positive and all of the progress, as if it has no significance. It is important to say that I have had some remarkable and memorable experiences carrying out voluntary work over the last couple of months. I've been blessed with many encouraging and supportive words from many women wiser than myself, with adult children and a store of rich, wealthy experiences. Women who have knowingly acknowledged this role that I have been in for the last nine years. Women who have the benefit of hindsight and reflection and that can say ' I know exactly what your job involves', women that have said so much and sometimes with just a knowing look or a telling smile. It was quite an emotional thing to experience, that acknowledgement, that understanding, that not having to explain.

I was volunteering in a special school, a primary school, an ofsted outstanding school that just happens to be where my hubby works. It was quite the talking point Mr.T's wife coming into work! It was quite a thing for me to humble myself and ask my hubby if he would help me set up this voluntary work in his work place and to ask if he would be happy for me to enter his domain. He, of course, is kinder than I and was incredibly supportive. I'm not so sure how comfortable I would have been if our roles were reversed! It was also quite something to see my hubby in his teaching role, to see his exceptional gift for teaching and his gift for connecting with his pupils. This man of mine who has no idea which drawer our children's clothes go in, or even which shelf the really big Jamie Oliver saucepan goes on in the kitchen or how to tie the boys hair up for the night to avoid dreadlocks, this man knows how to do something that I do not. He has built a career, a role and an identity that is separate from his at home identity. It's not that I fictionalised his job, but our roles have been very clear and specific since our boys have been around. I've been at home and he's been at work. He has never brought his work home and once home he has been my hubby, daddy, artist and musician. To see him carry out the work that he loves and that he gets paid to do was fascinating and hugely impressive. I felt immensely proud and inspired, especially when his colleagues shared with me their respect for him.

To have a glimpse into someone else's world is wonderful, and to see experts in action is quite a privilege. As proud as I am of my hubby, I can't help but feel a little envious on occasion at this career he's built. It can all of a sudden felt like, whilst he was becoming a grown up, I was spurting breast milk and singing 'the wheels on the bus' in a gloriously happy yet sleep deprived loop, and too pre-occupied to notice everyone else growing up around me. I do find myself equating having a job, or a salary or mortgage with being a 'grown up', I don't have any of those things, I am not a grown up! But there again, I know me and I know how dramatic and changeable I am. I know how quickly and easily I forget. I know I must remember the years where I did have little pockets of work that kept me in the loop and kept my work and mummy identity in tandem. I know that how I feel right now this minute can change hugely and my emotions can influence my re-telling of history and my experiences. You only have to ask my hubby about my re-telling of my birth stories to find that out. I claim to have been at one with the world, he says there was shouting!

Sometimes it is not me that shields behind my children, sometimes it's that others cannot see me, they only see the children. I've been in a few situations of late where I've been in adult company and all I've been asked about, is either my children or my being a stay at home mum. It's a tricky one, I understand this. After all, others might get asked 'what do you do?' and if the response is 'firewoman' (I don't know why I came up with that, must be an alter ego thing!) then I'm sure there would be lots of questions asking about that. I on the other hand am asked to expand on what my job involves and once again I find myself twitching and not being entirely comfortable with that, although I'm probably still more comfortable with that than when I say I'm not working at the moment and people tilt their heads and offer me a sympathetic smile equivocal to the 'there there' uttered to a child! So you can see for yourselves, I swing wildly in my feelings about what it is to have been in this job of mine for nine years. What do I have to show for it on paper? Well, according to the recruitment consultant, not much at all!

One thing I did learn during those weeks dropping the boys off at school and racing to catch buses to get to the school I was volunteering at and racing back to catch buses to get to pick the kids up on time, I learned that I have been blessed to be in a position to drop off and pick up my children every single day of their school lives so far (ok, except when I was freelancing and grandma did it for me). I never really appreciated this before, it was just something that happened each day. During this period volunteering, on one occasion I was caught in traffic and was 10 minutes late to pick up the children. As I ran down a busy high street, sweaty and flustered and feeling like my heart was going to explode and fighting back the urge to burst into tears, I suddenly realised, I'd never experienced this and neither had I ever had to. What is the norm to so many is alien to me and really far out of my comfort zone. It was also out of my comfort zone to ask friends for help, to ask them to be on standby in case I might not be on time again. Friends were generous and offered help but it felt strange to be in position where I was doing the asking. I think it was good for me, to be out of my comfort zone, geographically, emotionally and career wise. It was and is a huge learning curve but I have to say I am thrilled to be climbing it and looking forward very much to see where it takes me. Sometimes, we just need to take cover and shield ourselves from the elements. Sometimes we can emerge and confidently drop our armour and let out a mighty roar without a care in the world. Sometimes, we have no idea which of these scenarios is going to emerge and we just have to trust that it's ok to close our eyes and free-fall. 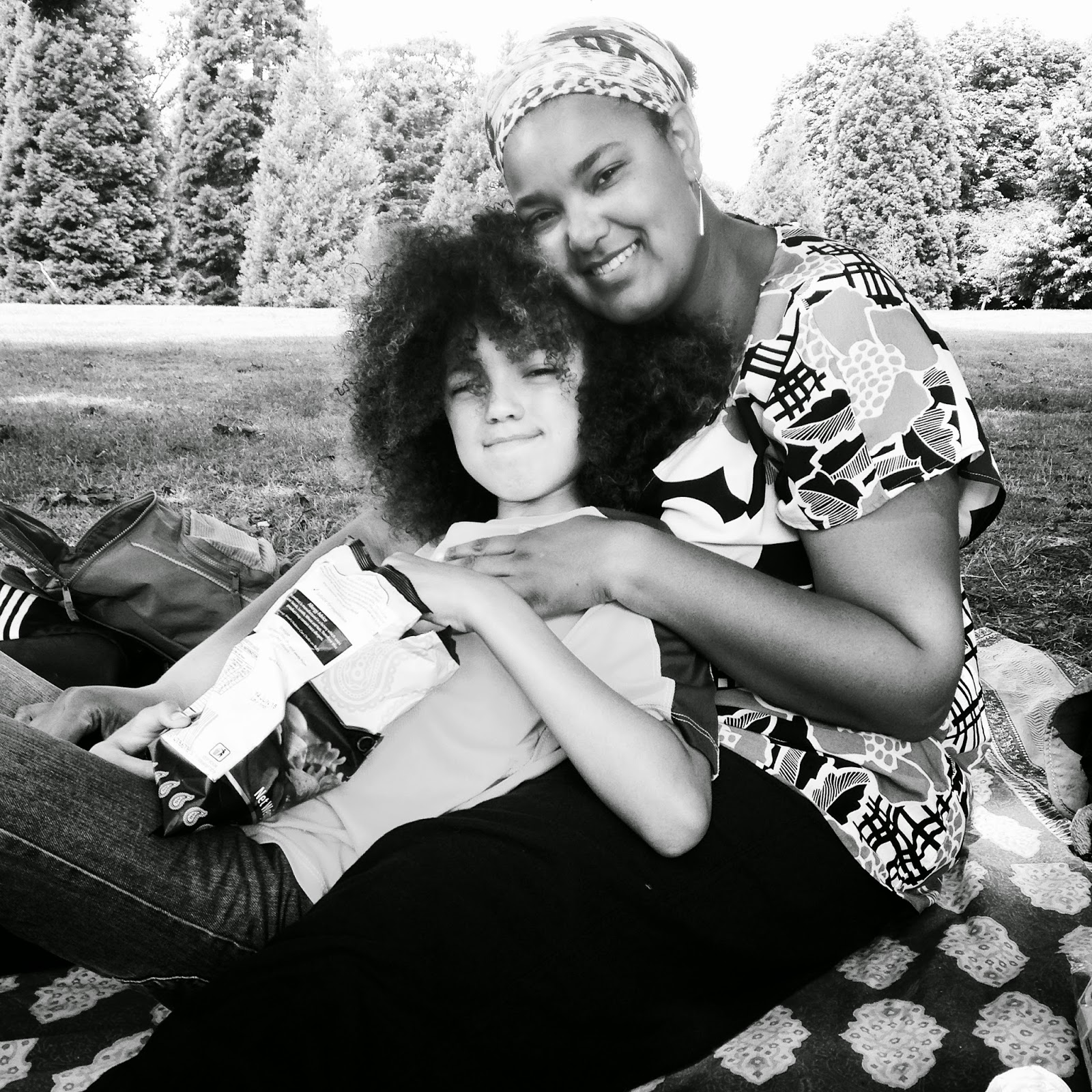 Posted by Katy Acquaye-Tonge at 15:45

Email ThisBlogThis!Share to TwitterShare to FacebookShare to Pinterest
Labels: a catch up, all about me, all about you, as time goes by, me time