Sweet Peas and Memories on a Properly Cold Day 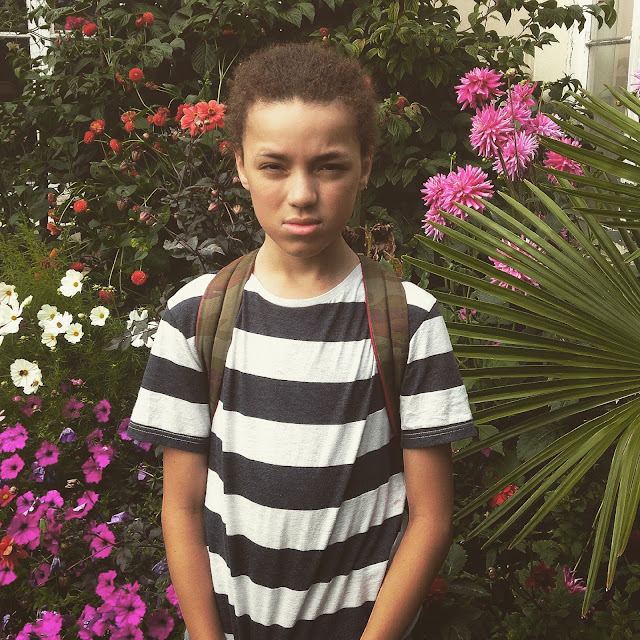 Today has been one of our coldest and foggiest days so far this year. I haven't left the house all day and I feel a little numb and a little restless for it. It has been an unexpected day. My first day off work since I began my new job in September. A day needed not by I but by that youngest boy of mine, who woke, complaining of aches and a temperature. He is the one that was born with his cup spilling over with joy, his cup is always half full and I am often challenged by this joyful spirit of his. However, our new rhythm of mama working full time and him spending his early mornings and an hour after school with two different childminders on different days, and the transitions in routine, in weather, well I think he needed a day and his body decided to tell him so. His chest began whispering this notion at the week-end, it said quietly 'remember me, I like to return right alongside the dry cold air'. I mostly managed to banish it but the whispers, a few determined ones lingered in the air and made themselves heard but again we are shooing them away, for it is only a week and a bit till the end of term and make it we all four will, by hook or by crook, to the end of term.

Today, I was determined to leave some words. Any words. Even if I was to resign myself to 'I have no words today' because sometimes it's the doing and not the thinking that's necessary. On this cold, cold day where I felt the chill like I haven't felt it so far this year, I used every like persuasion to convince my body that I was not cold, just like my Granny used to do. Scarf around my neck. Woollen socks. Slippers on. Warmed milk in a china cup. A blanket across my knees. When my nose still felt cold and wet like my childhood pet dog Snoopy, I decided that a trip down memory lane must be the only thing missing. The best part of memories is being taken back right into the mood of a previous experience. Right back like it happened yesterday. And so I looked at photos taken earlier in the year, a much warmer time of this year and stumbled across these images. They were taken back on the seventeenth of August, when the sun had scattered freckles on the boys' nose like seeds in a field, when his skin had a slight glow kissed by the sun, when time was our own and we were the boss of time, when it was just me and him, him and I and I had these words to say.


'Spent half the day with just this one today. We took a walk around our local park and as we did so, I recalled memories from his toddler years. We smelled the scent of sweet peas from a way away, so we followed our noses. I began to tell the boy all about how the scent triggered memories of Grandma Peppermint, who in the summer months always had a vase full of sweet peas at the top of the stairs as you entered her flat. They came from Uncle Horace's garden, he would bring a big bunch that he had cut from his garden and had wrapped in last weeks newspaper. Gran would always say that she preferred flowers in the garden than in a vase but she always confessed that the scent of sweet peas indoors was rather spectacular.' 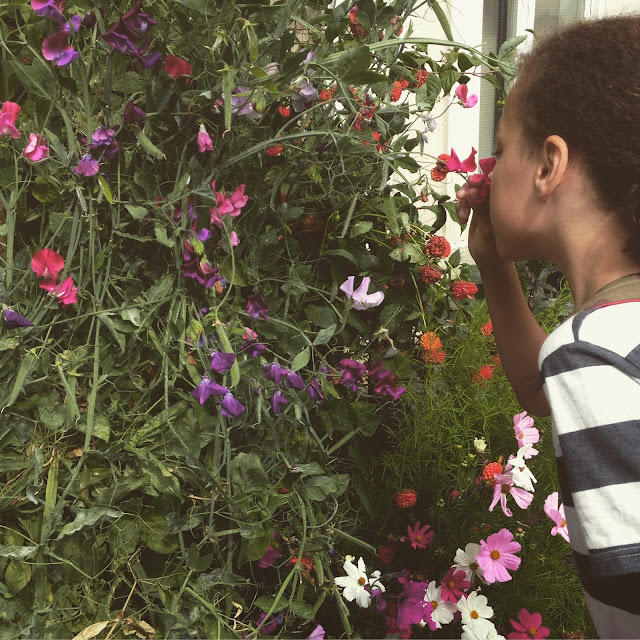 Posted by Katy Acquaye-Tonge at 13:46