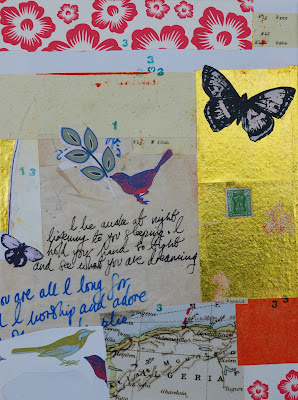 I'm loving this whole paper collage on canvas thingy that I'm working on at the moment! So much fun!!!!! Over the last few years whilst trying to find my creative self once more, I think at times I've simply forgotten that it's all meant to be good fun. The Fine Artist in me does get a little addicted to angst but currently I'm taking much inspiration from the arts and crafts community. This community has expanded massively over the last ten years and blogging I'm sure has a lot to do with its success and rise! I've just been having a looking here and here and I'm swelling with inspiration!!!

The photos you see here are taken from a new canvas I've been working on. It's larger than I've done in this series so far, this one is 9" x 12" just over A4 size and I love the extra room it gives! I ended up getting carried away photographing the canvas as each shot seemed to give fresh ideas for a card series I'm also working on. I'm really looking forward to some extra time so that I can get a little production line of canvases and cards, then hopefully I can find some buyers!

I've also been feeling a little nostalgic. The text which you can see in the photograph below reads 'I lie awake at night, listening to you sleeping, I hold your hand so tight, And see what you are dreaming'. It is taken from a sweet, sweet song titled 'After All This Time' and till this day it is one of my favourite songs EVER!!! It was one of the earliest songs that I sang solo in a band I was in called 'The Peaches' when I was seventeen. The song was written by John a.k.a Lofty whose surname escapes me now!!! It's strange the world you live in when you're seventeen, I can't remember John's surname and yet I spent hours and hours in his and the other three guy's company for two solid years!!!! Those were great angst filled years, so Rock 'n' Roll .... or so we thought! I've only got 'After All This Time' on cassette, one of 'The Peaches' early demos. I may have to dig it out to share with you ....
Hubby is the only Rock 'n' Rolla in our house right now after a very successful gig last night, which I was very sad I was unable to attend (NO CHILDCARE). Hubby rocked the house with an old school tape player and cassettes (and phat beats amongst other clever stuff!!!) .... and to think when we first met he would look at my tape player and cassettes with loving pity! I can't listen to this unless it's on cassette, otherwise it's just not the true way I heard it right back at the beginning. 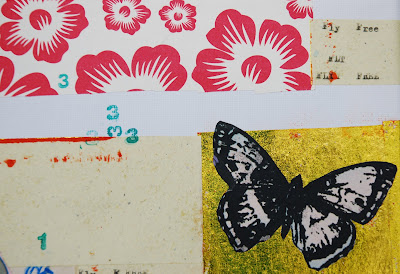 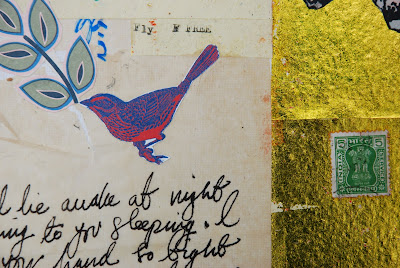 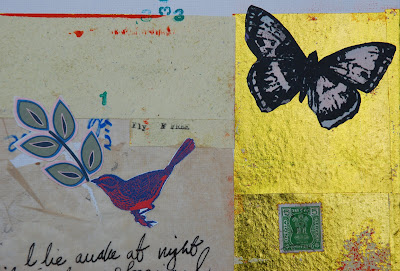 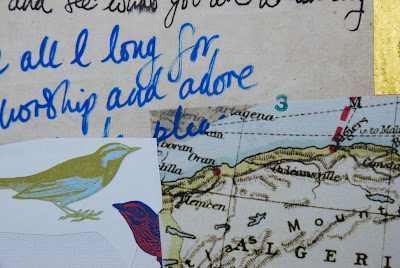 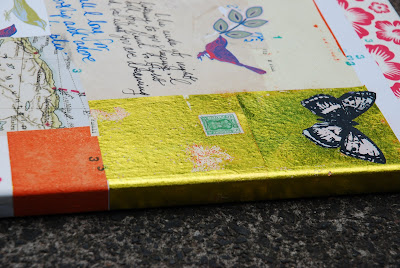 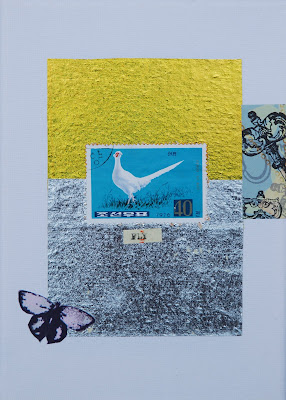 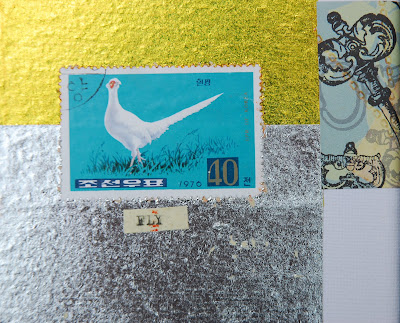 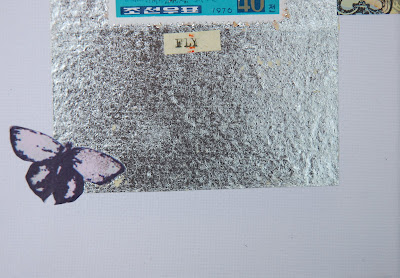 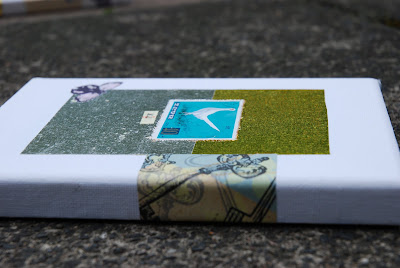 Posted by Katy Acquaye-Tonge at 02:28