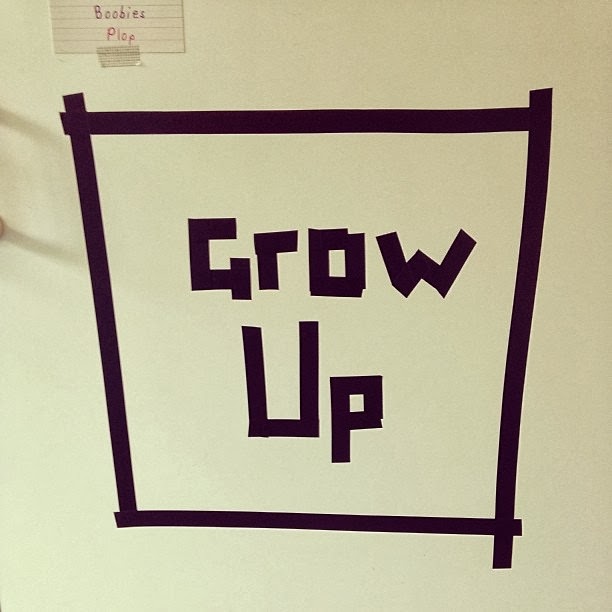 My driving instructor used to say to me 'THINK IT, DO IT'. What a great metaphor for life and what a huge challenge it is to live out those words fully, for me at least. I've been having some restless nights and restless spells in the day thinking about certain relationships of mine that for one reason or another are a little strained. It has been the kind of situation where you really want to blurt out your true feelings because you know it would be such a relief and it would make you feel so much better, but you hold back because you have no clear sense of what the other person might feel. You speculate about their reaction in your head, you consider all the scenarios, you consider the mutual friends that you have, you think about what your hubby's response is, you think, think, think but you just don't DO IT!

This morning though, I did it. I woke up and I muttered under my breath 'THINK IT, DO IT' and I sent a friend an honest message about something a little sensitive, a little uncomfortable. It felt so good, the relief. It was immense. It was the same kind of relief I experienced after I sent a heart felt message of apology to a girlfriend of mine after a spell of not being in touch. I'm embarrassed to say we had a grown up falling out. There was a stormy meeting that kicked it all off, followed by a meeting that was seemingly calm on the surface although we both knew a storm was brewing deep within. And so we parted after that meeting and consequently, silence followed. After I had played out all of the drama of what had led to our 'fall out' over and over again and we'd both had some time out to cool down, to cower, to sulk and then to sulk some more. And then I could bare the silence no more. Eventually I realised that regardless of all that had taken place and been exchanged, I simply missed her. I wanted her back in my life and so I told her so. In fact I may even have been a little quasi romantic and quoted Joni Mitchell ... 'Don't it always seem to go, you don't know what you got till it's gone'. It worked and she told me that her eyes were filled with tears as she read my words and replied 'It's not gone'. I learned a lot from that experience a few months back. I learned that I don't always express myself clearly and that sometimes it is simply better to 'THINK IT, DO IT' and deal with the consequences rather than falling in line with something you either don't want to do or don't feel morally right about doing because you feel you 'ought to' or to avoid confrontation. It's tricky stuff but it feels good to put things right whichever side of the fence you happen to be on in life's varied and challenging scenarios.

My hubby and I were talking about how hard all of this grown up stuff is, you know grown up relationships and friendships. I was explaining to him that as a teenager I always refused to be pulled into any nonsense that demanded either picking sides or picking friends, even if that led to my friends dismay or on occasion meant that I ended up alone on an island separated from all the complex conditions of friendship and the various friendship groups. It never left me afraid, it never made me want to compromise on my position. Maybe that was the greatest gift that I received being the youngest of four children, that early understanding that however well things were going at some point it would be your turn to be on the outside whilst the rest of the tribe clung together in union on the inside. I wish that I had that same clarity now as I had back then. Now, in spite of my knowledge of the state of man,(by that I mean all of us, the human condition, behaviours that are universal) I am still utterly befuddled by that person (this is not an individual so much as a 'type') at the school gates that yesterday was literally licking my face with an eagerness to talk and gain my attention but that today barely makes eye contact and when our eyes meet they look on as if they don't recognise me? I am befuddled too by the woman at church that clearly does not like me, the one that seems to smile at everyone but simply gives me an elvis curled lip as recognition of my existence. And yes, I will admit that I now see this as a bit of a challenge and yes I have over thought it a little although even hubby said that she definitely gave me the elvis curled lip and not in a good way!

Grown up relationships, they're funny things. All of those things that you say to children about not hurting the feelings of others, not being insensitive, never letting others feel left out, playing nicely, sharing your things, saying you're sorry, making things better. I'm not sure how good we are at it when there aren't a couple of grown ups alongside making sure (or perhaps forcing, perhaps ensuring) that it's all sorted out before we part ways. And maybe it doesn't matter since there's always one that delivers a heart felt apology and one that says 'I'm sorry' through clenched teeth and with an accompanying eye roll. Maybe you're like me and you relate to each of these characters on different days, at different times, in different situations. I have no great revelation to impart today, sometimes it just feels so good to 'THINK IT, DO IT'. I think I've covered my quota for today after sending one friend a message first thing, so explaining to another friend how unhappy her drink driving makes me is definitely for another day or maybe not, I need a good night's sleep! In any case today I will be drinking tea. Lots and lots of tea. 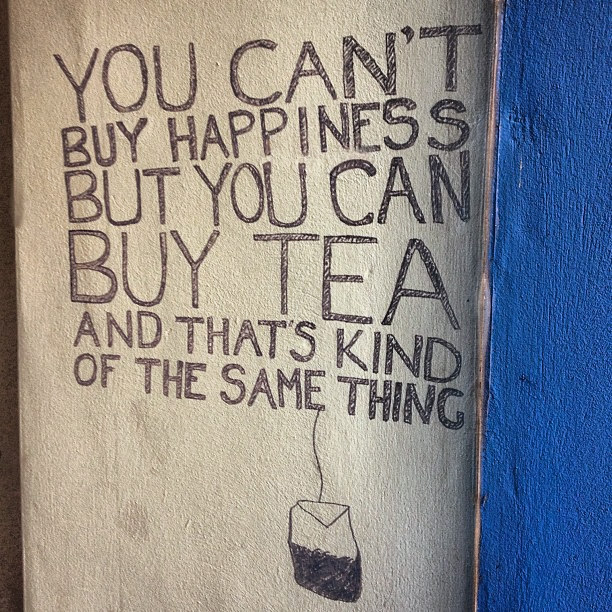 NB Sincerest thanks must go to my hubby who forced himself to stay awake at 1.30 in the early hours of this morning as I shared my thoughts about the subject of this blog post.
Posted by Katy Acquaye-Tonge at 03:49

Email ThisBlogThis!Share to TwitterShare to FacebookShare to Pinterest
Labels: growing up, grown ups, relationships, saying stuff out loud that you're not meant to, think it do it