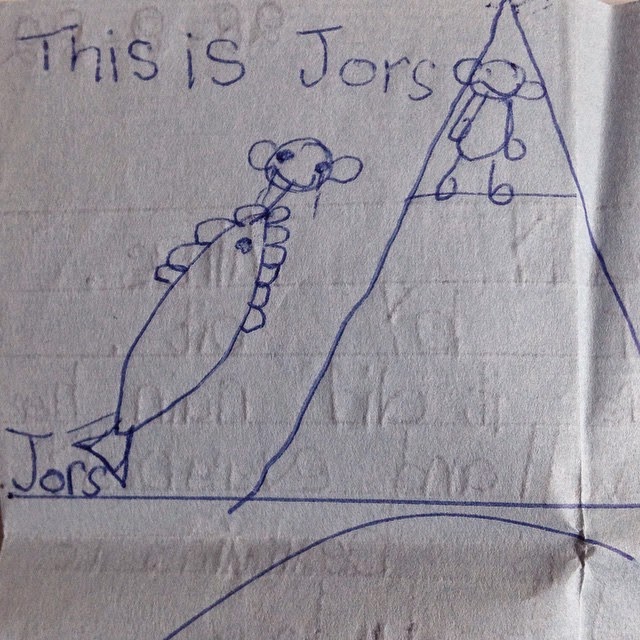 I hear it, it is a little voice. One that tells me 'who do you think you are?' One that tells me 'you can't do that!' Sometimes I can walk away from those whispers and at other times they cling to me like cigarette smoke after a long night out. It is a little voice that likes to race me  and always wants to win, telling me ways it can out manoeuvre me. Sometimes it is tricksy and it teasingly, manipulatively convinces me to play. The game of tig begins and I play and give chase, she changes the rules this doppelgänger of mine. She hurts my feelings and I cannot believe I ever fell for her lies. Sometimes she is just mean, downright mean and I find myself collapsing into a heap, a puddle of messy emotions.

The grown up me rationalises that these are simple fluctuating emotions experienced more frequently by types like me. By that I mean, the wearers of not just hearts on their sleeves but the ones that give permission for full blown open heart surgery in full view of the general public. No closed, contained theatres here.

I found a letter a few days ago, one that I wrote to my Grandma Peppermint (my English grandma) in 1982 when I was seven and living in Ghana. The contents of the letter weren't what held my attention, it was the drawing on the reverse of the letter. The drawing that outlined that at that tender age, I had watched the 1970's classic 'Jaws'. It is one of those happenings from childhood that I have often quizzed my mother about and she nervously laughs and shrugs her shoulders and says things like 'oh I don't know, you lot probably tricked me and watched it without asking'. It was one of those life changing events that I speak of regularly. My own children are aware of the irrational fear that I have of sharks emerging from random water. Just last week as we made our way through the crowds in the dark in a park, returning to the car after a fireworks display, we began walking past a small pond and I tentatively pulled my eldest away from the pond and steered us both onto the path. I believed I had done so in a cool and calm manner and then that eldest boy of mine, with hands in his coat pockets and with the face of someone beyond his years turned to his dad just behind him and said 'she thinks there's a shark in there'. And even in darkness I could see his nonchalance and the curl of his smile.

I mention this letter and 'Jaws' and the park incident because I realise that the things that worried me when I was little, still worry me now. The inner battles of trying to conquer fear still exist. The doubt that I can do it, whatever 'it' is, is still there. I still hear her teasing, her words and whispers, the ones that start out playful and that build momentum and that sometimes spiral out of control. A couple of days ago, her whispers became piercing screams and I was struggling to quieten her however fast I ran. I was furious with myself for not calmly walking away from her and continuing to walk, walk, walk one step in front of the other away from her, distancing myself with each step. I was furious with myself for falling for her wolf like tricks and for not being the clever piggy one step ahead. I was furious in that way that is such a physical experience that you're not sure that you won't just spontaneously combust, another little fear from childhood, although I conquered that one.

Then they came. Words from my dear friend Sarah.

You are glorious, repeat after me

'You are glorious, repeat after me'. I took those words and wore them like a cloak, like a super hero. And then something changed. She began to fade from the picture like that scene in 'Back to the Future' when Marty's head disappears. Just like that. Missing.

Posted by Katy Acquaye-Tonge at 00:19

Email ThisBlogThis!Share to TwitterShare to FacebookShare to Pinterest
Labels: all about you, doppleganger, friendship, inner doubt, overcoming, overwhelm