Words from the heart 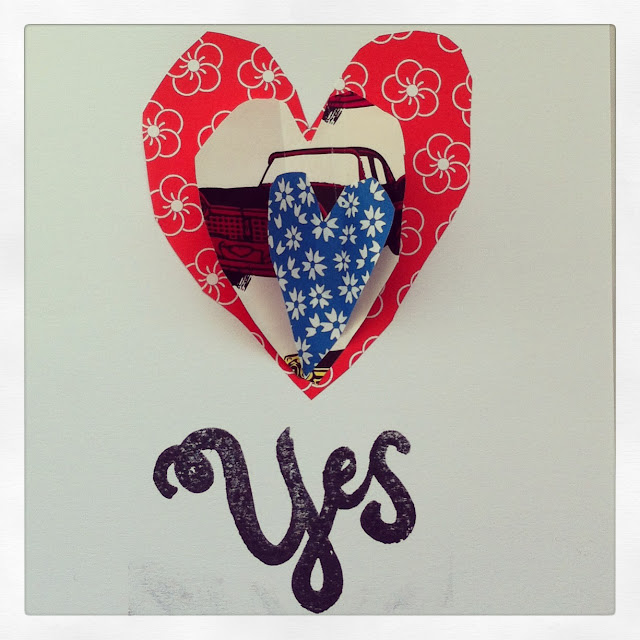 I'm feeling cast away and a little dirtied by life, like when you've been in the bath too long and once luscious soapy bubbles turn to scum that you bob and weave to avoid. Removing all that is toxic from ones life takes some energy. All those debilitating things and people and habits, those ought to's and heavy burdens loaded to the brim with duty and obligation. Shifting them of course comes with some guilt and regret but with a lightness too which leads one to feeling much like a bad custard - split. It's never a good feeling to be feeling let down, it's an even worse one to be feeling left out or even forgotten. Relationships are hard and they continually shift and sometimes we are left chasing them endlessly. Perhaps it is time to just simply sever the ties. I think I may be experiencing this from both ends, I've been let go of and I've done some letting go too. Perhaps not appropriate for St Valentines or perhaps very defining for a day governed by the heart.

Not all is doom and gloom, my three boys are making me smile. Their gentleness and their mocking is a great comfort. When that feeling of being cast away descends and they're near I draw close to them. I plant my kisses on those downy necks of my offspring and this alone is a magnificent and indeed medicinal cure for all complaints of the heart, of my tender heart.

Draw close to those that are dear, who knows if those strings are near to being cut. 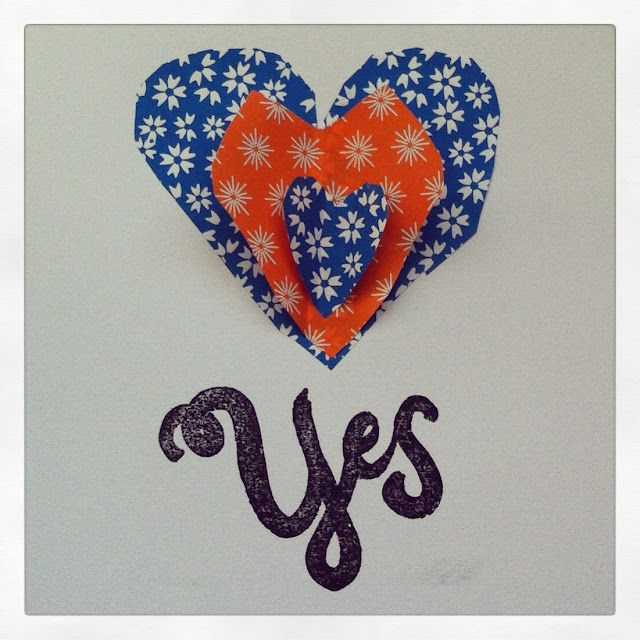 With thoughts of love and loss on my mind, I decided to send each of the three boys in my immediate family circle, a little message of love. For those offspring of mine, I made two simple cards with the words '"YES" you are special!' And for that beau of mine I found the most perfect postcard from paperchase with the words 'Fancy a brew? (cos I fancy you!) Perfect for the man who often tells me he 'fancies' me and who loves to make a brew. Some of our best chats have been had whilst stood waiting for the kettle to boil! In any case I'm a sucker for a postcard, there's such an air of romance about a postcard ... perhaps because we spent so much time apart in our first year together and messages scribbled down and sent through the post were so significant, so meaningful, so full of memory.

It is an eventful week, what with valentines day today and celebrating pancake day earlier in the week too. They say the way to a man's heart is through his stomach and so I made sure to get a lil' of the sweet stuff that makes my man so happy! 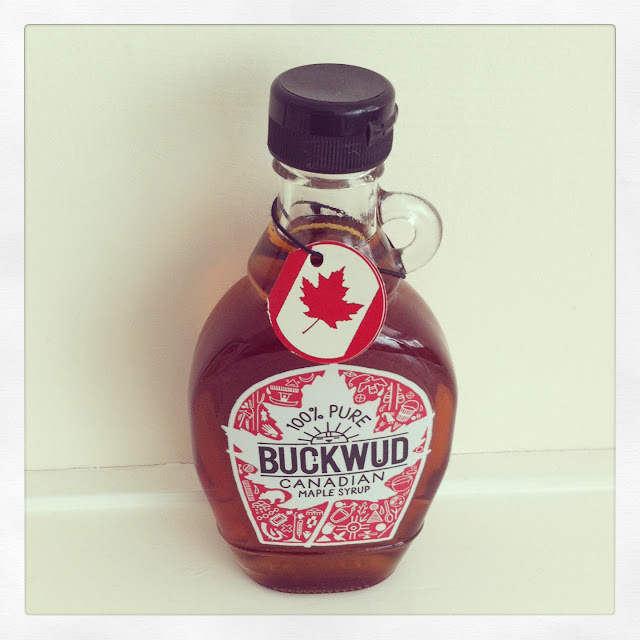 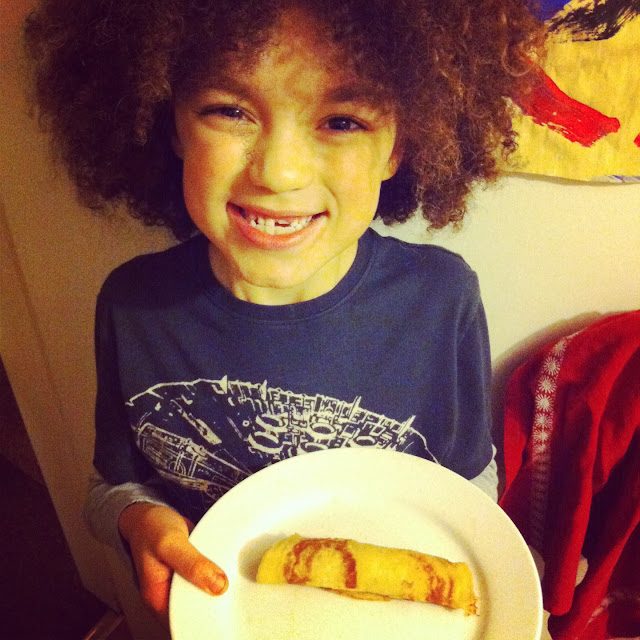 The boys were all pumped for flipping pancakes but fragile moods meant I wasn't inclined to let them do more than hold the end of the handle of the frying pan. After bragging to someone just last week that my youngest boy is no longer in need of power naps when he returns home from school - well, I was proven quite wrong! Clearly, the tiredness had been building and boy did this lil' one of mine crash and burn! And on pancake day, boooooo!!! It involved endless arguments and upset over apparently nothing at all that finally resulted in him being sent to his room where he cried himself very quickly to sleep. I mean very quickly, by the time   I'd climbed the stairs he was asleep on his bed! This picture shows him not long after waking up, he was still trying to come to terms with the world! 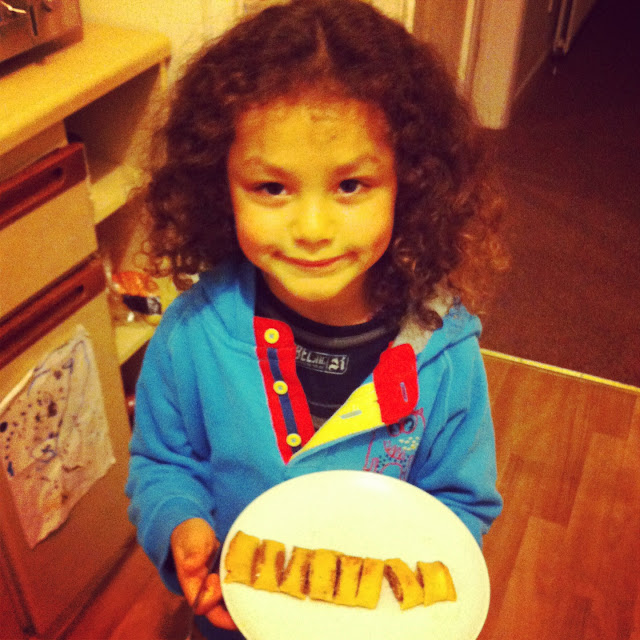 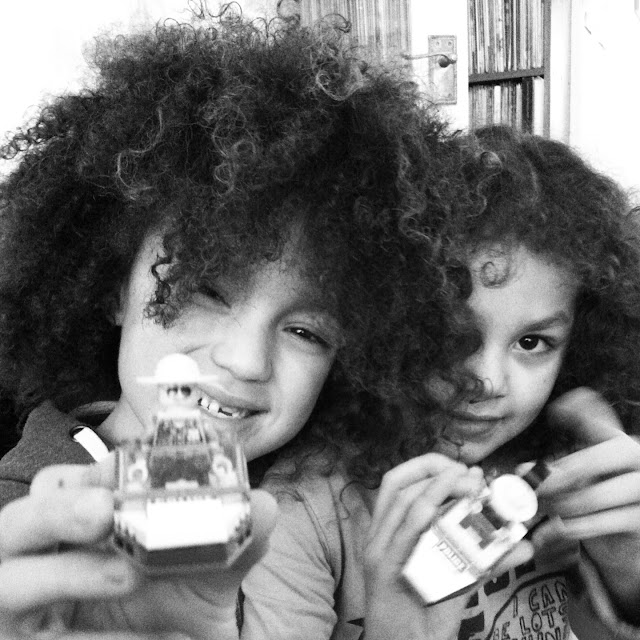 These days it would seem that life is all about Lego. These boys have not watched any dvds for days, DAYS I tell you! This is great on the one hand as I still remember the fall out from too much screen time at x'mas which is why the DS's have been in the loft since January. However, there is Lego ... everywhere! If one more piece of Lego gets carried by my sock who then betrayingly presses it into the sole of my foot then I will surely huff and puff and blow this house down! That's how the polite version goes in my head anyway... It is pretty cool to hear their games and stories and battles. It's just frustrating to hear it all going so well for it all to collapse as I hear bellows of 'you've broken it, AGAIN' followed by 'Ouch'! You see I think we faired pretty well in this household, the eldest smiled sweetly for many years in spite of having a younger sibling with an uncanny ability to destroy ... well everything. Time has run out though and now all of a sudden that eldest boy of mine has gone all zero tolerance and combat has begun, well a few red marks have been left on skin anyway. At times I have rolled my eyes and walked away, at times I have defended that little one, scamp that he is. At other times I have empathised with that eldest boy of mine, I still don't like people touching my stuff so I understand entirely. At other times I have told them, much like my mother did with my siblings and I, that they are as bad as each other and issued them a warning to play separately only for them to explain to me that I have misunderstood. They LOVE playing together and suddenly the tables are turned and it is they telling me in bullet point fashion reasons why they enjoy playing together. Right before my eyes I have somehow made them allies and thus I become the enemy? Well it gives me the opportunity to leave the room once more at least. Siblings, what a complex relationship! That goes for all relationships, full stop!! Yes, that's a double exclamation point. 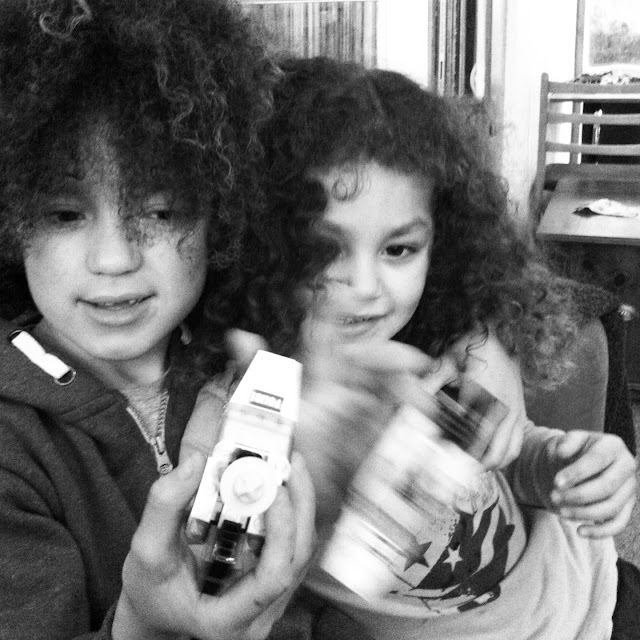 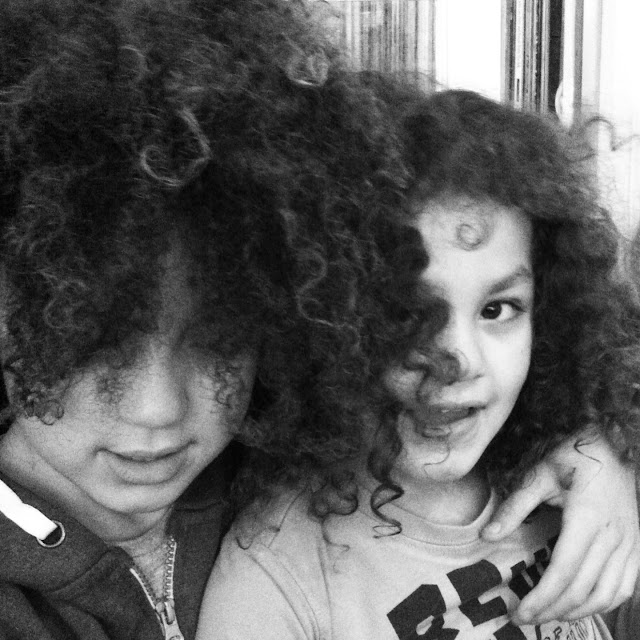 Posted by Katy Acquaye-Tonge at 13:20

Email ThisBlogThis!Share to TwitterShare to FacebookShare to Pinterest
Labels: valentines day, words from the heart