Some days are not the best ones 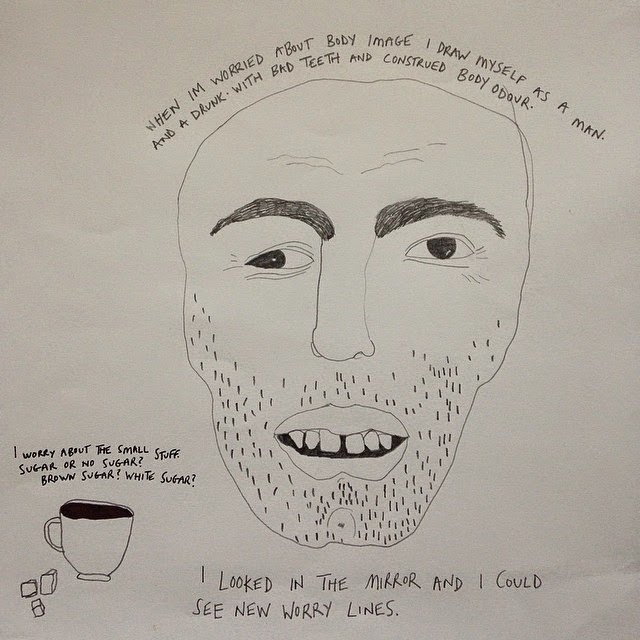 I have been trying and trying to write here. I looked on my notes on my iphone at all of my draft posts, ideas for posts, half worked out ideas, but nothing jumped out. Mostly I just sit and the blog posts big or small just come and I barely think about it. Not this week. I wouldn't say it was writers block as such. At the back of my mind is the fact that recently, due to that 'barely thinking when I write process' that I just described, some words that I wrote here were upsetting to a couple of people. Now, on the one hand I thought, lesson learned. I just have to be more careful about what I say here because hey, others might actually be reading this blog. (disclaimer: for those loyal readers that come here I thank you!) On the other hand, I just wanted to rant and explode because this here is meant to be a place where I don't have to do too much of that over thinking and over analysing that drives me insane. Not here, not here!

I do accept responsibility for my words, I do. But I'll be honest I'm dramatic and emotional and write when I'm upset, I always have. I'm also a natural born embellisher so it's probably best not to take me too literally, well some of the time. Sometimes I stretch the truth, sometimes I tell a story in a slightly different order to make it more appealing, sometimes I don't know all of the facts and the details so I tell the story as I think it happened. In fact maybe I don't embellish here. Maybe I do that when I'm telling stories in person, especially if the person listening is indulging me, but actually now that I think about it, I don't think I do that here. I come here to tell my version of how I see what's happening in my world. Simple. I can't not do that, because when I try to sensor myself I spend a couple of weeks feeling insane and unhappy, over thinking and over analysing and I'm just bored of that version of things.

The other day my eldest asked, as he often does, 'have you been blogging today?' I could have just said no, but instead I spilled my story about not being able to write and blah blah blah. It's actually quite handy having a kid with a very similar personna, who is sensitive and dramatic and emotional but also male. So my nearly nine year old gave me some brilliant advice, he suggested that if I want to talk about how someone made me feel, that I'm best to leave it a few weeks and then blog about it. Brilliant advice!

I have no words of wisdom to share, I never do. All I can tell you is that it's not much fun feeling like a tired old drunk with body odour, so I'm off to detox and take a shower and I'm taking my pencils with me and maybe tomorrow will be one of those best days, one of those best ones.

Posted by Katy Acquaye-Tonge at 01:20

Email ThisBlogThis!Share to TwitterShare to FacebookShare to Pinterest
Labels: all about you, drawing, drawing makes me feel a little better, not feeling ones best, some days are not the best ones, urgghh days