She Told Me I Had A Wonderful Story 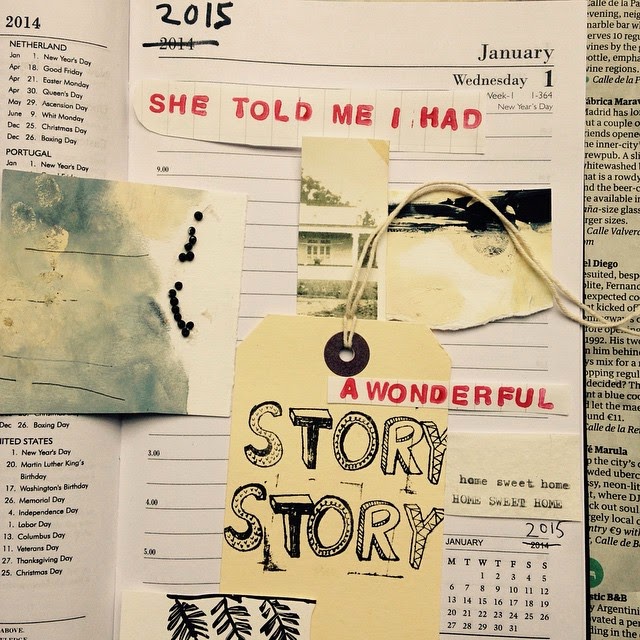 I've always been good at making stuff up. Like when I was sent to buy fried fish and I lost the money along the way and so ran home exclaiming to my father that I had been robbed! Or the time that Miss Brass kept making me repeat my failed attempts at the 'Fosbury Flop' in PE, using my very awkward and uncooperative teenage body and when I could face the humiliation no longer, I stormed out and into the girls changing rooms and burst into tears. Miss Brass quickly followed and gently put her arms around my shoulders and asked what was 'really' wrong. Unwilling to admit that I just hate being crap at stuff, I said that I missed my deceased father. Yep, thinking on my feet! There was also the time that I pointed to a framed poster on the wall of one of hubby's friends, that had a mixed couple in the audience pictured in front of Miles Davis and said that the couple were my parents. Although I don't know if that one counts as my hubby laughed slightly nervously and said 'sometimes she makes stuff up' in spite of the death stare I shot him to caution him to stay out of my ... performance. I was after all trying to detract from the fact that I really didn't want to be there! A few months ago I pretended that I couldn't speak good English because I really didn't feel like talking to the cab driver and I'd watched an episode of Seinfeld the night before, the one where Elaine pretends to be deaf in the back of the cab for the same reason as myself. I felt inspired and tried it and it worked, I'm good at this stuff.

Why do I mention these things that expose a slightly darker side of my character? Well, because I feel like I've been having lots of conversations of late with different people about 'what you're good at'. When I was asked the question recently, I didn't think to say, being a mum, being a good wife, being a friend, listening, writing, which are the things that I know my hubby would say and does say about me. No. The first thing that came into my head was, I'm good at making up stuff.I have no idea what this means or why I'm sharing it here today, perhaps it's one of the few occasions I get to not overthink, I get to be slightly crazy, crazy kate the maker upper! It's really not like me in so many ways but then when I think about it, I can gather a long list of stuff I've made up. Thinking about it, it's just storytelling. I think that at nearly 40, I've found what I'm good at and even though I feel slightly self conscious to blow my own trumpet, I think that I am a storyteller. I'm not going to say that I'm a maker upper anymore, I don't think I will say I'm a storyteller either because it conjures up too many stereotypes, having worked in the arts over the years! But I like Story. Telling Stories. And if someone said in years to come, when I've hopefully lived a little and had more time to make up stuff, 'hey, she could really tell a story'. Well that would be enough. That would be my fill.

A great teacher of mine, Mrs Ram, once wrote these words for me:

'You have a wonderful story to tell, May your world be filled with colour'

I have carried those words with me ever since and am so grateful for them, everyday. Sometimes life feels like disparate pieces, flying chaotically round the room after the door unexpectedly gets blown open by the wind. Some days the papers get blown away, lost, trampled, they're out of reach. At other times, no matter how strong the gusts, those papers just seem in reach and normality and calm is restored quickly with the peace of mind that all is captured, gathered, harnessed. It gives me the cosy feeling, the same feeling I used to get when Little Miss Tidy would say .... 'Everything's tidy and in its proper place'.

I now think of my life much more like the collages I make. On some days the pieces just fit, they almost call out my name knowing they desire to sit alongside another. On other days, play and sift and dance and shift as I might, images fight one another and it all feels like such an effort, and I have no impulse, no desire to engage. Eventually I walk away hoping to come back another day, at another time. The distance normally works. It's all so much clearer with a little distance. Always. 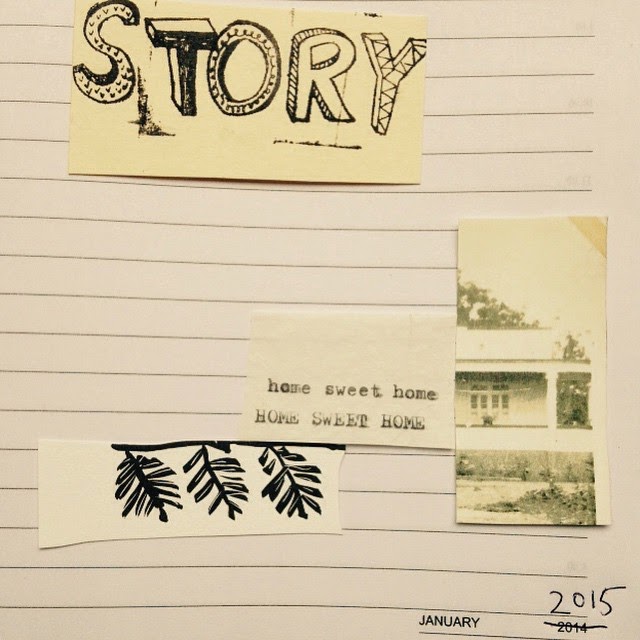 Posted by Katy Acquaye-Tonge at 07:01

Email ThisBlogThis!Share to TwitterShare to FacebookShare to Pinterest
Labels: all about you, I've always been good at making up stuff, pieces of a story, piecing life together, she told me I had a wonderful story, storytelling