Colouring Outside the Lines 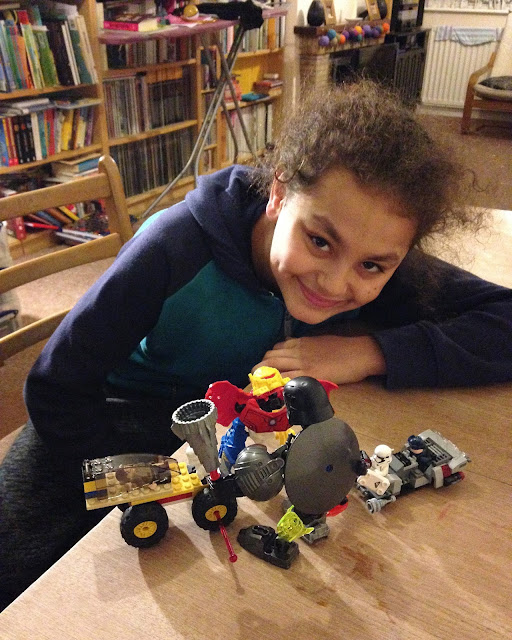 When I gave birth to my second son it was a different experience. From the moment he was placed on my chest, I could literally feel the difference in weight. His older brother had weighed in at nine pounds and three ounces and so that size of baby felt familiar to me. Yet when this second boy of mine arrived and was placed on my chest, I was so aware of how light he seemed, so very little, my little puppy dog curled up into a six pound and eight ounce ball. He immediately reminded me of my childhood dog 'Sindy' (a high honour) whom I had held on my chest in much the same way when she too was very young, whom I instantly fell in love with and who changed my life forever. Much like this second son of mine.

I have often said of this boy, that he is my 'out of the box thinker', never one to follow the crowd or to want to please the crowd even but neither a rebel nor an 'outsider' either but definitely 'Marmite', you love him or hate him! That may sound harsh but I mean it in the best possible sense, it is hugely reflective of his temperament. Some might call his 'energetic', 'hyper', 'spirited', 'fidgety' and really all of those descriptions apply and whilst I realise they could and do apply to any child, I am speaking specifically about him.

I often find myself saying 'I don't worry about him, he's one of those people that will land on his feet, he'll be alright, his head is switched on, he's savvy and wonderful, creative and interesting, a great problem solver, practical and brilliant'. But I also know that as he's getting older there are some challenges to face,  ones that I remember mentioning here when he was younger when we first began to suspect he, like his father, was dyslexic or as the jargon goes ' had some 'learning difficulty'. I have also known that there is often a loss of confidence that follows as children grow older and become more aware of differences. I hoped that it wouldn't happen but I definitely have seen it emerging over the last twelve months. It is subtle but mean, it can be both brushed under the carpet and almost forgotten or can whimper loudly before burying itself with hardly a trace of the sadness. My mother heart breaks with it and wants to roar loudly, especially to protect my boy from those who should know better, from those that don't see him and all the potential, from those that just see a boy colouring outside the lines.

Tonight on our walk home from the childminder, as he talked about his day he described some of his frustration and he we talked things through. I got on with making lunches for the next day, then cooked dinner and then whilst my husband cleared the kitchen and the eldest boy was in the shower, there was a window. This youngest boy was playing at the dinner table with his beloved lego, with characters he's been role playing with for days and I was suddenly hit by a wave of nostalgia thinking of the hours and hours I spent playing with various toys and characters with both of the boys over the years. Back in the days of full time mummying, when there was enough time and time had a different rhythm.

So we played, not for a long time but for long enough for me to hear his deep belly laughs. Long enough for me to stroke his face and cup his chin with one hand and tell him how precious he is, long enough for me to get competitive and start to use language like 'I will destroy you with my laser carving weapon ha ha ha ha!!!'. Long enough to leave behind the debris of the day and to see him, in his full scribbly lined garb and it was great. Parenting is hard and wonderful and exhilarating and exhausting and all kinds of crazy brilliance and heartbreak, it's tough to get it right and to sustain getting it right and many days, I fail, miserably. However, tonight, it's one point to mama, for remembering to take photos to capture a moment, even when the broken ironing board is still up and there's washing on the radiator and mess in said pictures, for remembering that play is so important and can heal cuts that sometimes words fail to heal, and for remembering that a little distraction and a little love go a long, long way. I won't worry about this second son of mine, he'll be just fine, he'll colour and brighten up this world and I hope he never, ever, learns to colour inside the lines. 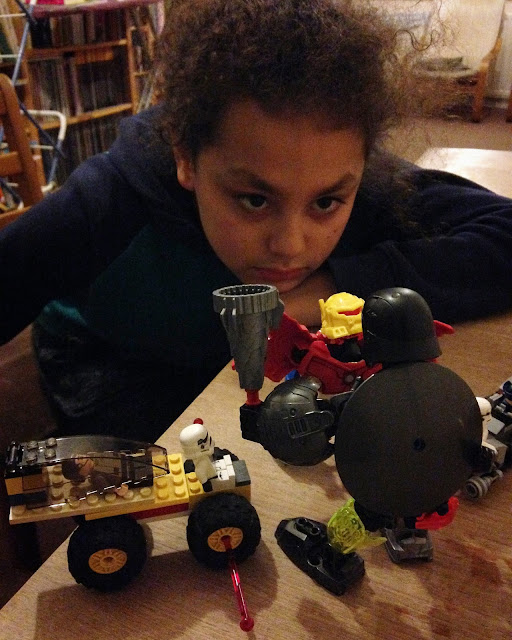 Posted by Katy Acquaye-Tonge at 15:21

Email ThisBlogThis!Share to TwitterShare to FacebookShare to Pinterest
Labels: colouring outside the lines, cup half full, dyslexia, it's not you, out of the box thinker, parenting, problem solver