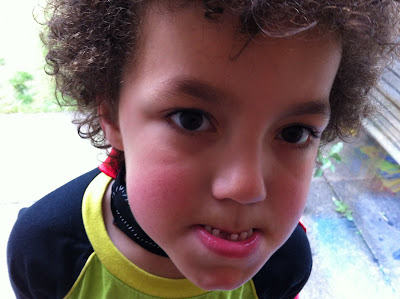 Yesterday my first born lost his first milk tooth. It has been wobbly for a little while but his sensible nature has meant that he hasn't fussed with it. Yesterday lunch time whilst at school playing with his friends, a little bit of rough and tumble set that tooth free but alas in the process, the tooth was lost! So, yesterday not only did my big boy lose his first tooth, he really did LOSE it!
First born son was apparently distraught to have lost his first tooth. When I opened up his book bag when we arrived home from school it had a bump note in it with just the sweetest message from the first aider that had seen to him.
Thankfully, Grandma was visiting for the day and lost tooth was quickly forgotten when she presented the boys with matching star wars themed capes!!! Zach had mentioned to me about a week ago that he would like me to make him a cape, I said in response it might take me a while to get round to doing it so let's ask Grandma if she'll help - Susie Sue (the original) does like a project!! Zach had mentioned that he would like stars on the cape but boy did this Grandma go one better!!! I really, REALLY want hubby and I to have capes too now. You're just a nobody unless you've got a 'family cape'!!! I'm so thankful for my mum, she's such a great Grandma ... she makes me pine for Grandma Peppermint, although again I am very grateful for the plentiful and beautiful memories I still hold of her. 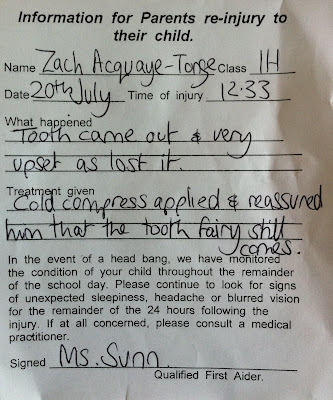 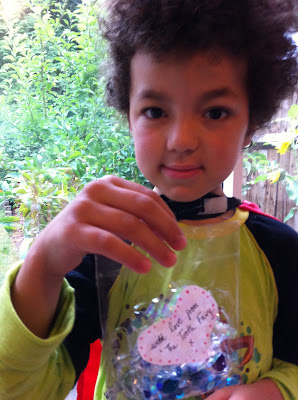 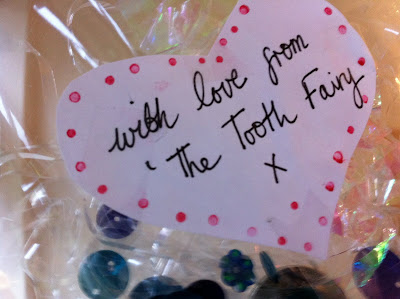 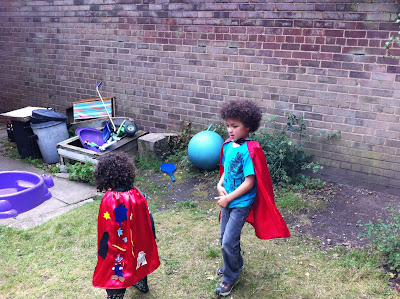 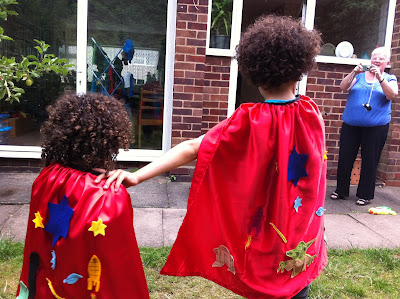 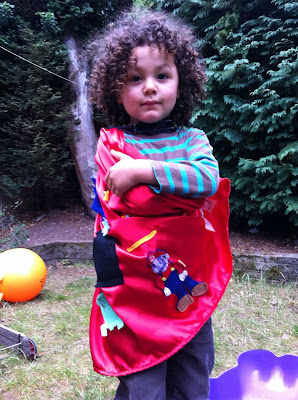 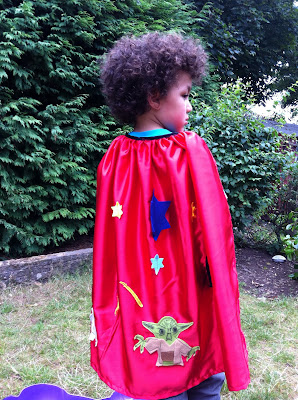 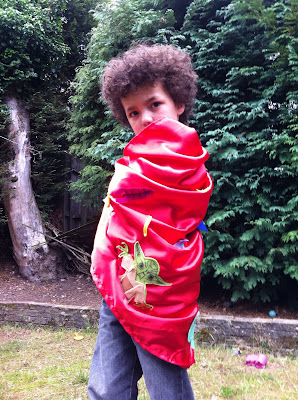 Posted by Katy Acquaye-Tonge at 06:09