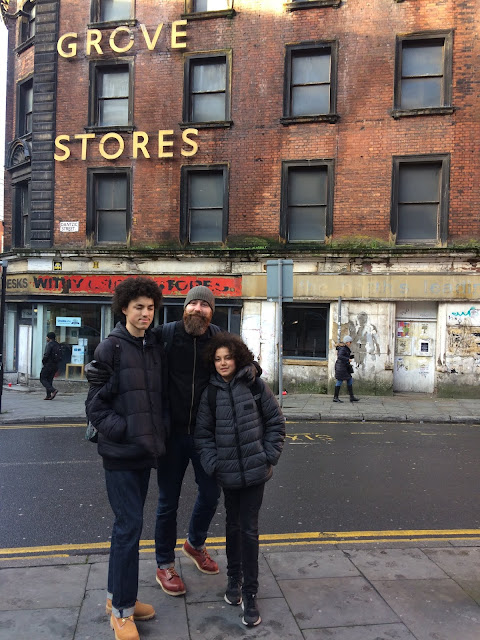 I love a road trip. I love a family adventure and I especially love a new find, somewhere we haven't explored before even if it's a teeny tiny pocket of a city or a place well known to us. The adults in the family have whizzed through before, for meetings, change of trains, gigs but neither of us nor the kids have explored the city of Manchester. For me, the trip begins even before we arrive, it starts with the research and the planning. The magpieing of ideas and recommendations from others, for me Instagram and Youtubers Topjaw (their 'recommended' nooks are never a disappointment) are a go to and give a great insight into a place and more importantly, help to identify the areas of a place that you want to base yourself for the day. I say a day, since lots of our adventures are done in one day with us setting out as early as our week-end fatigued bodies will allow and returning often by night having eaten three meals out at a variety of places, some on a budget some less so.

I'm proud to say that I have gained somewhat of a reputation for these food, music and art focused trips with my family. There's alot riding on my shoulders with these trips, from the car park (which has to be in close proximity to all of the places we want to see) to finding great coffee (both the look of the cafe and the taste of it) to finding a locality that we can walk and navigate on foot, seeing graf, art, great architecture and normally some kind of street food or chicken and definitely some indie stores or hipster joints of one kind or another. The kids and I normally say "It's all good, I can see people that look like dad".

Today we headed to the Northern Quarter of Manchester which is full of cafes and bars and restaurants, record shops, vintage stores and lots of independent stores of all kinds. I had a handwritten list of 10 places to visit, all within a ten minute walk of each other and I'm pretty pleased that we ticked off 7/10 with things left on the list for another time. Some things were worth the visit just for the sense of overwhelm at 'a person's collection' like Paramount Books on Shudehill (m4 2af) a brilliant old school second hand book store run by an older gentleman who looked very much like he had a great story to tell. He told me he liked my hair and I sneekily took shots of the quirky good place whilst bravely ignoring all of the handwritten notes on pieces of cardboard that read: TURN YOUR MOBILE OFF. Other things did pretty much what it said on the tin, like Black Milk on Oldham Street (m4 1lf). You want a milkshake with lashings of cream and a big wedge of cake or cookies on top? Then you go to Black Milk. We'd been recommended the Warm Sticky Toffee Shake but alas they'd sold out by the time we arrived, the waitress suggested the Salted Caramel Cake with Cream and Biscoff as an alternative and my youngest chose the Triple Oreo CheeseShake for us. My husband and I had kind of done that parent thing of 'we'll just have a taste', it was pretty tough to surrender these shakes but the call of the wild from two hungry hormonal teens meant they got the lions share, rightly so, especially as I used Black Milk to barter with the youngest child for a good couple of hours.

I was sad to see that Eat New York had closed down, they had a crazy bagel meat stack thing going on that I thought my carnivores would love, the aptly titled 'Half-Pound Reuben Sandwich' but we more than made up for it when we found Jerk Shack on Church Street. The place was rammed  exclusively with young males of every shade, every seat occupied in the small and humble yet greatest chicken shop. We were headed back to the car but I couldn't help myself but buy those boys of mine a little chicken to go but there was an amazing selection of meats and sauces, plantain, jerk plus all the sides. It reminded me of eating in Ghana: my african childhood of eating some of the best food in some of the humblest of places. We were all transported to a little beach shack in Jamaica, barefoot with sticky fingers. We tried to go to Evelyn's Cafe Bar on Tib Street (m4 1bn) which looked pretty and had a buzzy, studenty atmosphere but we were told there were no tables and there wouldn't be for over an hour, it wasn't somewhere I was that bothered about missing out on. The demographic was similar to Ezra & Gil on Hilton Street (m1 1fr) which had spaces but was quite dark inside and the acoustics kind of noisy which is perfect when you're a student/young professional that's doing brunch after a busy week and a crazy friday night but you know, I'm nearly 45, I need good lighting. We found that right at the start of our day at a cute, little coffee shop also on Tib Street whose name I didn't notice. The coffee was strong and sweet and spectacular, the name of the cafe, after looking it up is I think, Just Between Friends Coffee.

So, we didn't make it to Mackie Mayor (m4 5bu) which is a Grade ll listed Market building that I wanted to see, nor to the Barton Arcade (m3 2bh) which is victorian architecture and sadly not to John Rylands Library (m3 3eh) which is an impressive Neo-Gothic building that looks like the set of a film and seems very magical. Piccadilly Records on Oldham Street (m1 1jr) however did not disappoint my husband (the harder to please muso) who gave the thumbs up and was salivating at the range of vinyl. I think we'll return again to the Northern Quarter do a little more record shop shopping, to see Manchester's pretty library buildings and definitely to eat in at the Jerk Shack. To top it off, I bought a quirky pair of beautifully made suede shoes. They remind me of two things: The elves and the shoemaker and choux pastry (no pun intended). I rarely buy stuff and like my husband says, rarely in the presence of others, furthermore rarely decisively. I bought my eldest kid a pair of addidas too. I kind of want them myself.

It was a great trip. A great day. So - it ended with both kids being severely told off and being sent to bed early, something which hasn't happened in a good while but hey, you can't have it all. At one time, I would have considered this a great loss and mourned the lack of perfection of the day. Not today. Today, I'm grateful that the kids ended up in bed early and that I convinced my husband to head out with a friend because that's meant that for the first time in forever, I've made it here to share words and pictures in real time. In actual real time. I love a road trip. I really, really do. 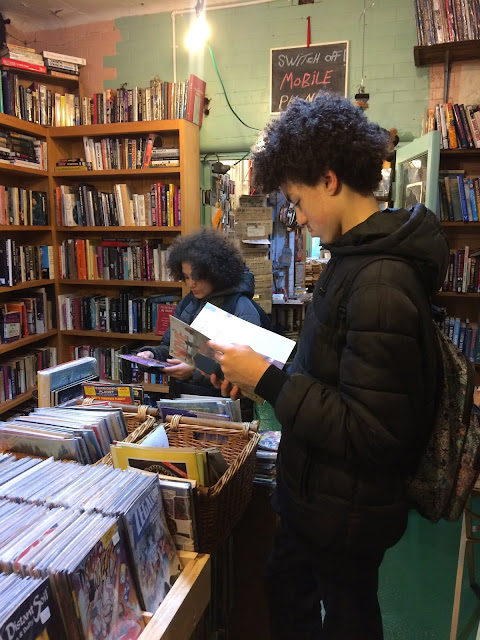 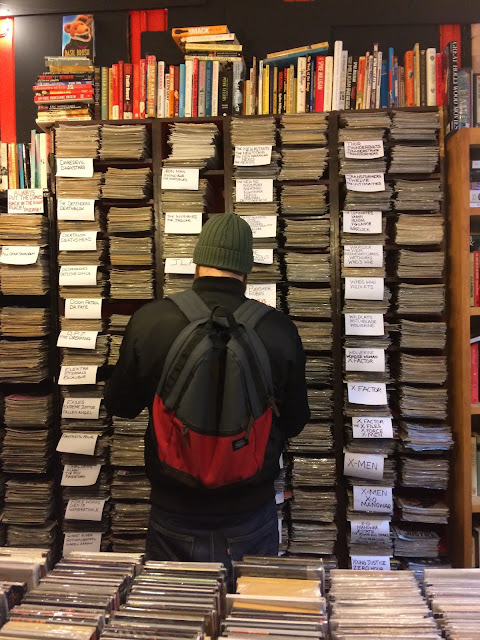 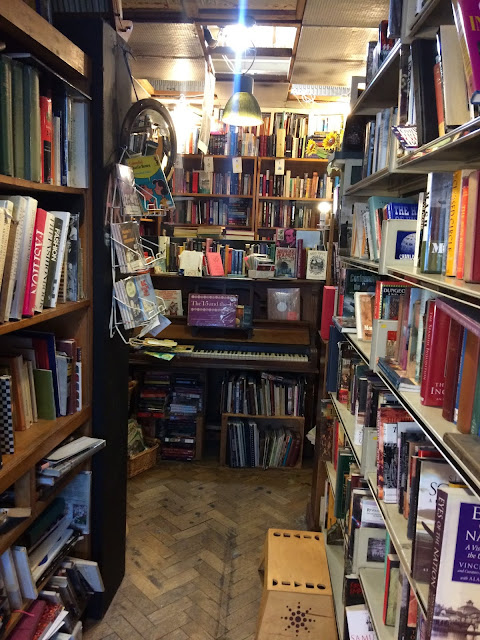 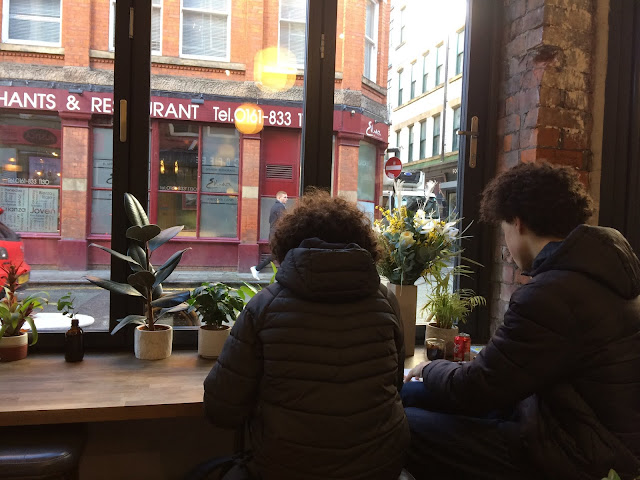 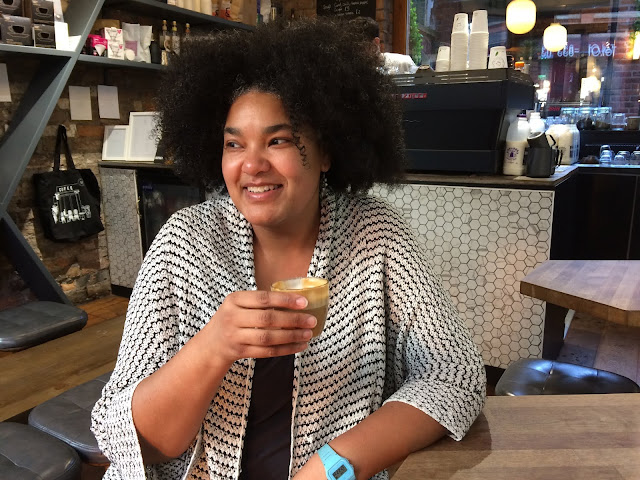 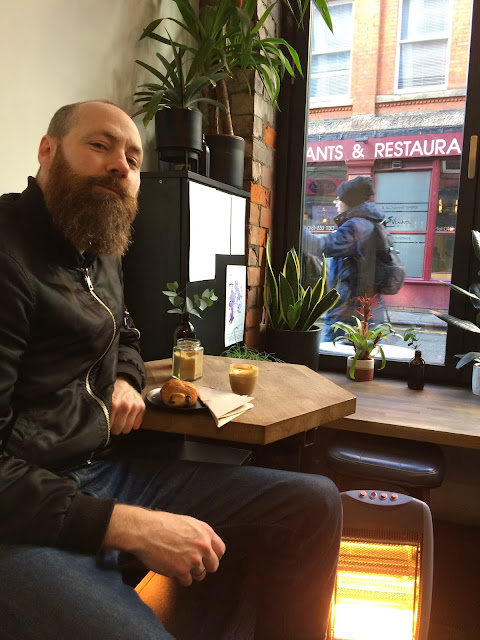 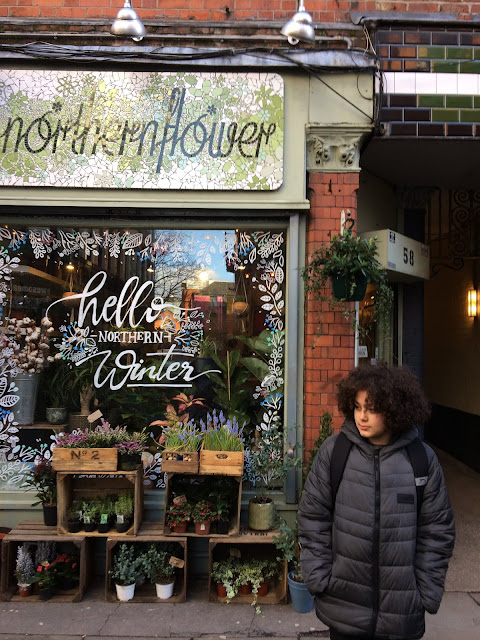 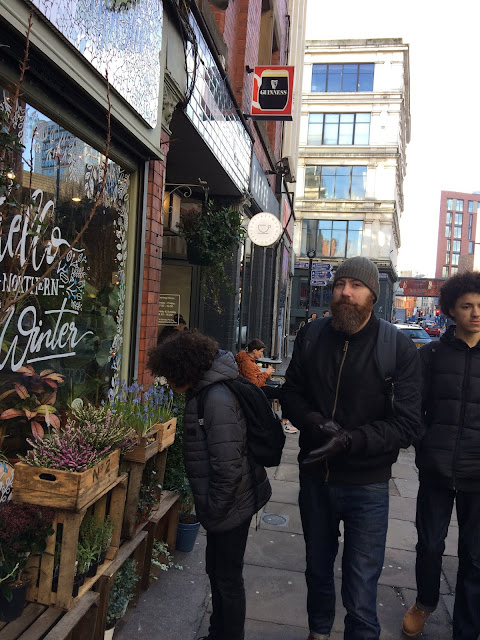 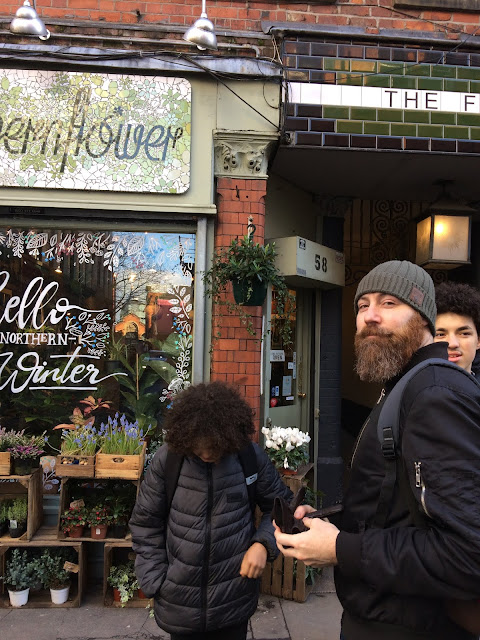 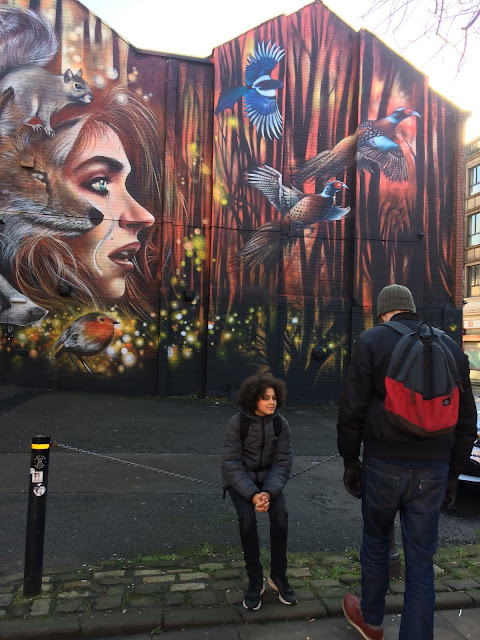 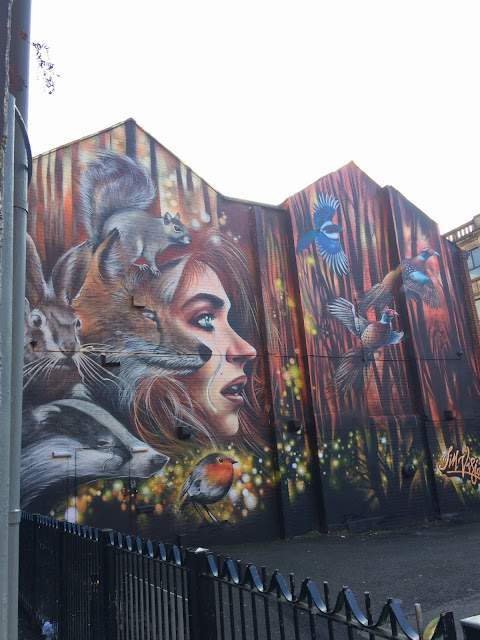 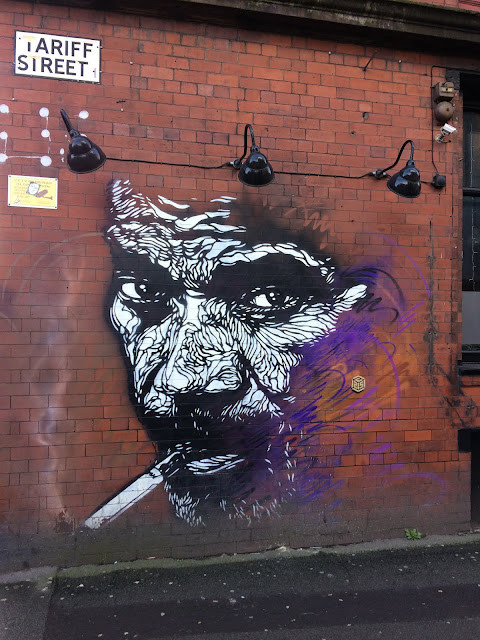 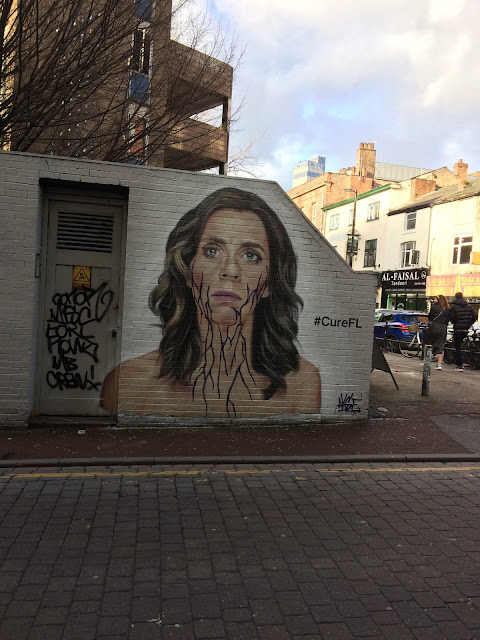 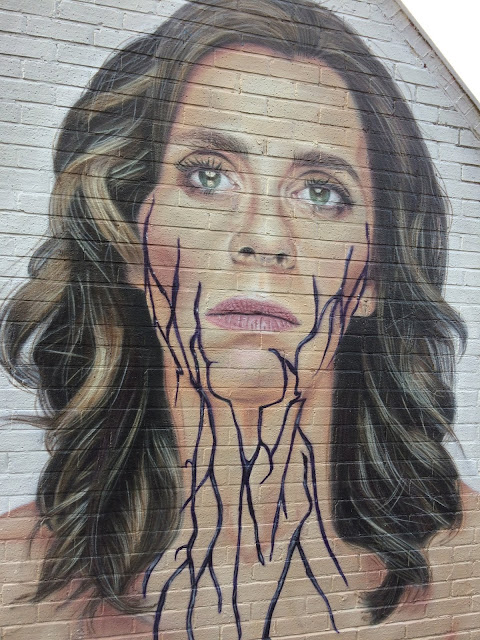 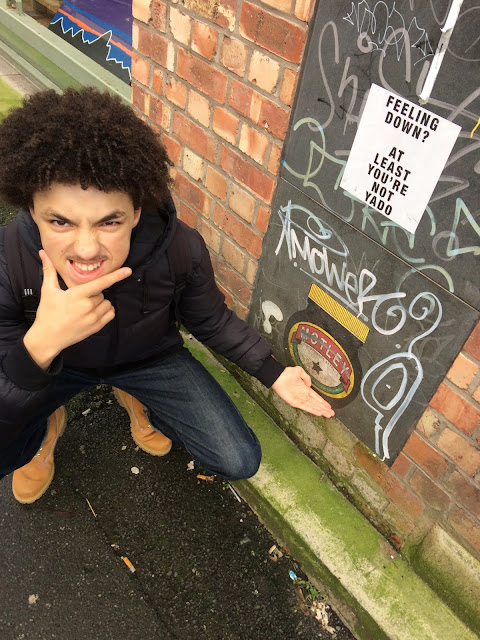 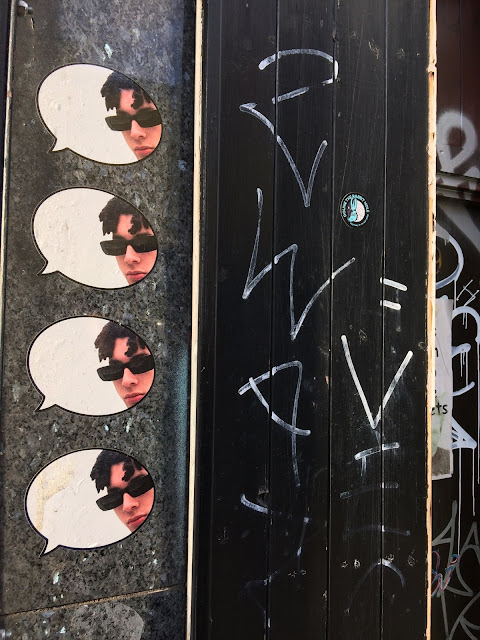 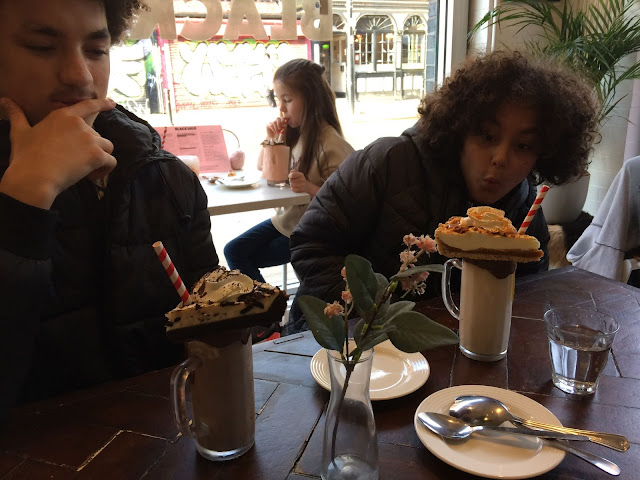 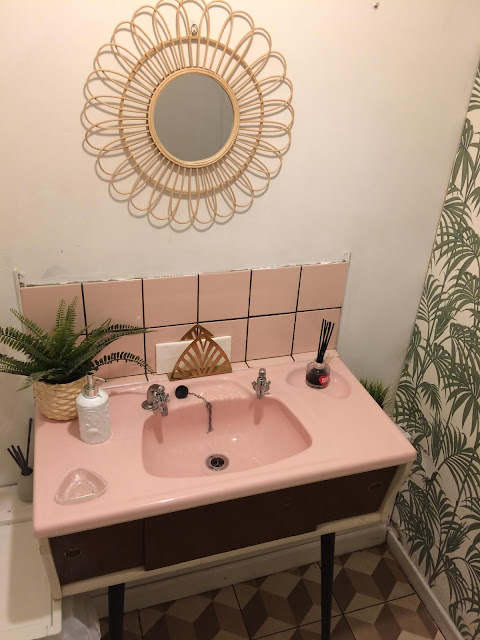 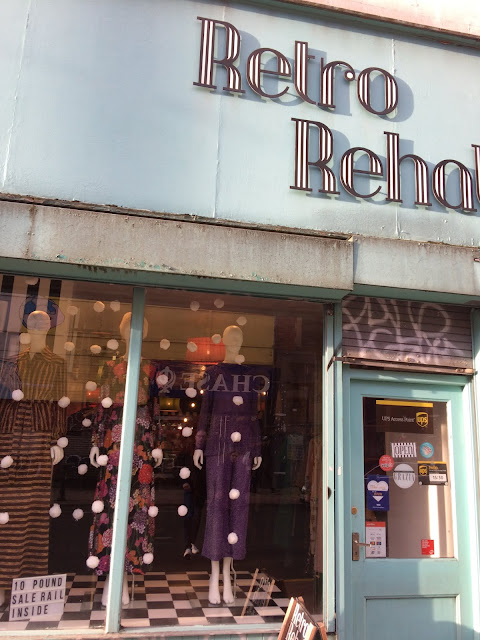 Posted by Katy Acquaye-Tonge at 15:40